By Dan Ambrose: Roy Jones Jr feels that the older version of Chris Eubank Jr would be better suited for the type of brawling fighting style that Liam Smith will likely be using this Saturday night at the Manchester Arena in Manchester, England.

Jones thinks that the way that Eubank Jr (32-2, 23 KOs) used to slug on the inside & outside would be a better style to deal with Smith (32-3-1, 19 KOs) because Chris is now more of a boxer-puncher, who doesn’t get in the trenches to go to war with his opponents like he once did.

At 33, Eubank Jr can’t return to the fighting style that he used for the eight years of his career. He was a lot younger than, and willing to take the punishment needed for him to out-brawl his opponents in wars.

Eubank Jr could find himself in trouble if he can’t fight off Smith because he will be putting a massive amount of pressure on him throughout the fight. If Eubank Jr can’t catch Smith with a big shot to keep him off, he will outwork him and win a decision.

NEWS:   Eubank Jr needs to "get away from Roy Jones" says Shane McGuigan

“It will, but he don’t need that part necessarily. I think the regular old Chris is better suited for this type of fight because it’s going to be one of those toe-to-toe, head-to-head type battles maybe,” said Roy Jones Jr to Eat Sleep Boxing Repeat when asked if the boxing style that Chris Eubank Jr currently uses would be effective against Liam Smith on Saturday night.

“I don’t know what style of fight that Liam plans to fight. If he chooses to box, then you’ll see some,” said Roy Jr to talkSPORT Boxing when asked if we’ll see some of his skills being used by Eubank Jr on Saturday night against Liam.

“What I added to Chris was an element of boxing rather than fighting only. He already had that. We have to get Liam out of his element early, or he can become problematic.

“It’s not a must-win fight. Chris must win because Chris loves winning. Liam must win to keep fighting. So it’s a must-win fight for him in a sense. I think if it’s a really good fight, I think we’ll see it again, but if there’s a blowout, there’s no sense to see it again. 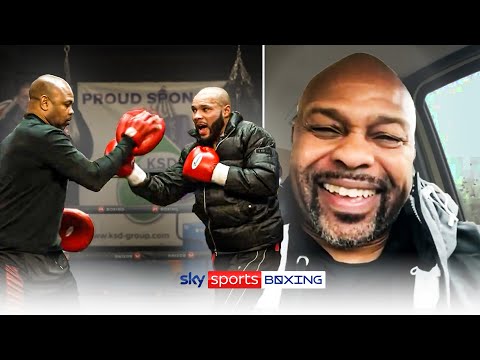