Beterbiev needs win over Yarde to get Bivol fight

Yarde is standing in the way of Betebiev, and he can’t afford to have any slip-ups in this fight if he wants to move forward to face Bivol in what would be the biggest match in his professional career.

Most boxing fans believe that Yarde only has a puncher’s chance of winning because he doesn’t match up with Beterbiev in technical skills, punch resistance, stamina, or experience.

Compared to Beterbiev’s last fight against Joe Smith Jr, there’s considerably less buzz about this contest. We just saw Liam Smith pull off an upset last weekend against Chris Eubank Jr in a fight that very few that he could win.

Of course, there’s a considerable difference between Eubank Jr, a fighter that has never won a world title, and the two-time Olympian Beterbiev.

That’s not to say that Yarde won’t win, though, because he’s got the power to beat anybody if he lands cleanly.

“I’m excited to fight there,” said Artur Betebiev to Boxing World Weekly about him fighting Anthony Yarde in London. “I look at this like a new experience. I hope if I do good box.

“We’re always trying to be ready to do 12 rounds, and to do things we’re working on.

“It’s good. In his camp, he can be a lion,” said Beterbiev about Yarde. “I think no. It’s different when it’s mandatory fight and obligation fight,” said Beterbiev when asked if there’s a rematch clause in the contract. “This fight is under different rules, so I think no. 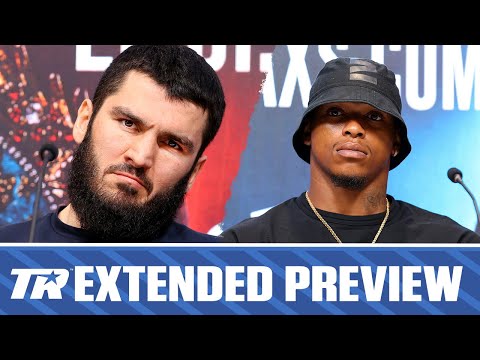 “I never think about it. We always look forward to happiness, a good end,” said Beterbiev when asked if he’ll try and get a rematch with Yarde if he loses to him.

“We don’t know, we never know,  but right now, I enjoy what I do, boxing, training, everything I do right now,” said Beterbiev about when he’ll be retiring.

“We watched the fight and watched several fights, but we’re not focused on how he lost or how he win,” said Beterbiev on whether he watched Yarde’s fight with Sergey Kovalev. “We take some bits from everywhere. I will show you on the 28th of January,” said Beterbiev.

Deontay Wilder on Fury vs. Usyk: “Depends on who’s going to cheat the hardest” »