Deontay Wilder on Fury vs. Usyk: “Depends on who’s going to cheat the hardest”

By Charles Brun: Deontay Wilder views the still being negotiated fight between the popular British WBC belt holder Tyson Fury and the smaller, faster IBF, WBA & WBO heavyweight champion Oleksandr Usyk as a “50-50 fight,” which could come down to which of them does the most “cheating.”

It’s fair to say that if Fury nails Usyk (20-0, 13 KOs) with the kind of rabbit punches that he destroyed Wilder with in their second fight, he’s not going to last long, no matter how much better he is as a technician.

It pains me to say this, but talent & technical skills go out the door when you’re getting brained repeatedly with shots to the back of the head, leaning on nonstop without a referee lifting a finger to warn, and rudely shoved to the canvas by a 270+ lb colossus.

Naturally, Fury’s loyal boxing fans don’t believe that their hero would ever stoop to the level of bending the rules to gain an edge, and they’ll turn a blinds eye to the rabbit punching, floppy gloves, holding & hitting, shoving to the canvas and the leaning.

Alas, the 6’9″ Fury does have a habit of playing rough at times, and he’s gotten away with it without being penalized repeatedly and/or disqualified for the tactics. 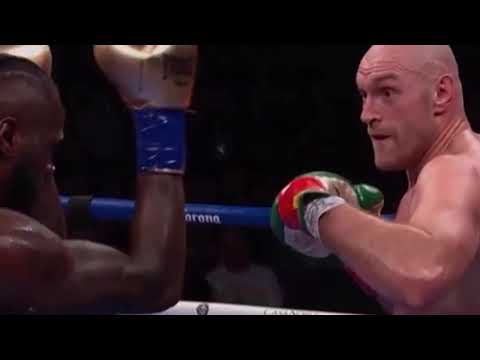 Usyk isn’t known for cheating, so if he were to start breaking the rules left & right, it would be a first. Obviously, it would be near impossible for the 6’3″ Usyk to reach the back of the 6’9″ Fury’s head with rabbit punches, so that’s not an option if he’s going to get in the mud with him on the night to go outside the Marquis of Queensbury rules to win.

Being the much lighter guy at 220 lbs, Usyk is too small to use his weight to lean on Fury in the clinches to tire out his pipestem legs, meaning that’s not an option either.

Resorting to throwing low blows is one thing Usyk could do to bend the rules to take the air out of Fury’s tires, but given the way, referees watch out for that kind of thing while seemingly ignoring much more lethal rabbit punches, that’s not an option.


« Beterbiev needs win over Yarde to get Bivol fight