Anthony Yarde to be tactical against Artur Beterbiev

By Barry Holbrook: Anthony Yarde says he’s not going to come out on fire, throwing bombs from the opening bell on Saturday night in his title challenge against the unbeaten monster of the 175-lb division, IBF, WBC & WBO light heavyweight champion Artur Beterbiev in their fight at the OVO Arena in London, England.

Yarde (23-2, 22 KOs) states that from watching Gennadiy Golovkin & Mike Tyson’s old fights, he’s noted that they never attempted to KO their opponents right off the bat.

Some people feel that the only chance the inexperienced 31-year-old Yarde has of defeating IBF/WBC/WBO 175-lb champion Beterbiev (18-0, 18 KOs) is by bum-rushing him right from the starting line and hoping to catch him with a big shot while throwing a storm of punches.

Yarde will need to take some big shots from Beterbiev on the inside for him to have a chance of winning because he’s going to be landing at some point.

It’s not as if Yarde possesses defensive skills on the level of Shakur Stevenson, so he will get hit frequently by Beterbiev unless he can score an early knockout.

Beterbiev doesn’t possess the greatest chin, and his hand speed, which has never been good, has slowed in the last four years, making him vulnerable to being countered & outworked.

“You’ve got to pick someone apart and then land the shots,” said Anthony Yarde in a pressor. “I said this early on, my thing is I am a powerful, accurate puncher. I find the shot, and when I find it and land it, people are going to feel it.”

It sounds like someone has gotten to Yarde and put ideas into his head, making him think he’s got to use the cautious approach to defeating Beterbiev.

Unfortunately, it might not be the smartest thing for a fighter with Yarde’s rudimentary skills should be trying to outbox the two-time Olympian Beterbiev because he doesn’t possess the required skillset to pull that off.

“How often do you see someone just go in there swinging? All the biggest knockout punchers, like GGG, he didn’t go in just hitting and trying to knock people out, he had a tactical approach,” said Yarde.

Just because the 2004 Olympic silver medalist Gennadiy Golovkin has gotten away with being “tactical” in his approach to knocking out his foes doesn’t necessarily mean that method for scoring KOs will work for Yarde. 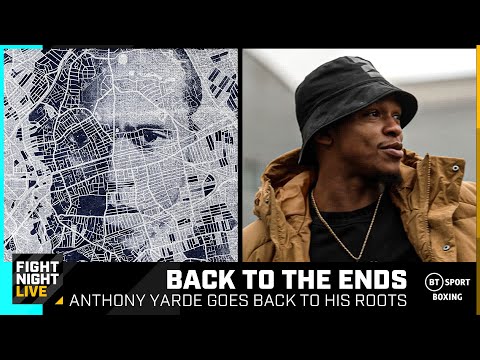