By Charles Brun: Promoter Alex Krassyuk wants Tyson Fury not to be afraid to fight three-belt unified heavyweight champion Oleksandr Usyk next for the undisputed championship. I

t’s believed by many that Fury is afraid of Usyk because he’s a bad style match-up with superior speed, boxing skills, and talent.

Usyk (20-0, 13 KOs) is ringside tonight, and he will enter the ring after Fury (32-0-1, 23 KOs) defeats the journeyman Derek Chisora at the Tottenham Hotspurs Stadium in London.

If Fury wants to attack him, it’s not going to change what is expected of him by the boxing public.

Fans still expect WBC champion Fury to face Usyk, and it will not help him weasel out of the contest by taking a wild swing at Oleksandr inside the ring when facing him.

If Fury refuses the fight, he needs to be upfront about it by telling his fans while inside the ring tonight rather than trying to distract from it by attempting to slap Usyk.

“He’s coming here; he will be ringside watching this. I suppose a good fight,” said Alex Krassyuk to iD Boxing about Oleksandr Usyk being ringside at tonight’s match between Tyson Fury and Derek Chisora.

“Although Chisora is our friend, we will be backing Tyson Fury. We need the undisputed. Tyson shouldn’t be afraid of Usyk. That’s my advice to Tyson. I don’t care if he takes it.

“Tyson, you don’t have to be scared. Just relax, take some pills or whatever you take. Win [beat] Chisora and in the paper for the undisputed.

“He shouldn’t be afraid of Usyk. He should be a man. Come to the ring, accept the challenge and face it. Whatever happens, if you’re a winner, you are. 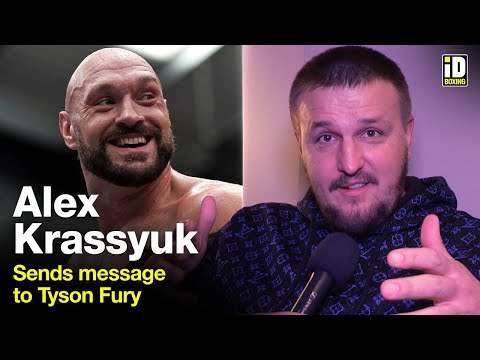 “Tyson Fury is a random thought generator. So in one day, he can tell the media different thoughts about who his next opponent is and whether he’s retiring or whether he’s coming back.

“In the last three months, I think he retired four or five times and came back six times. It’s not something to take seriously.

“We had a deal for two fights to take place in Saudi. That was our agreement. The first fight is taking place between AJ and Usyk, and the winner goes for the undisputed until the end of the year 2022.

“That was normal timing for us. It’s not about refusing the [Fury] fight. It’s about moving the fight for the proper timing that is proper for the owner of three belts [Usyk].

“There’s not a single excuse that he should avoid Usyk because this is the historical fight that never happened before in the history of boxing the owner of four belts in the heavyweight division,” said Krassyuk.


« Canelo Alvarez vs. John Ryder can happen in England in May says Eddy Reynoso