By Dan Ambrose: Teofimo Lopez says the fans will be “surprised” at the improvement he’s made in his game since he lost to George Kambosos Jr. when he returns to the ring this Saturday night for his second fight at 140 against Sandor Martin on ESPN+ at Madison Square Garden in New York.

Bragging about his endorsement deals, Teofimo (17-1, 13 KOs) babbled before the final press conference on Thursday about how he can teach the younger fighters to market themselves to become popular like him. 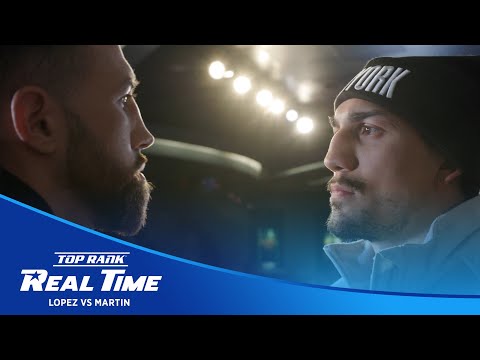 The way Teofimo was talking, it came across that it hasn’t hit home with him mentally that his career is on the brink of being over if he suffers one more loss. He was already schooled by Kambosos last year and surprisingly chose not to try and avenge his loss.

Sandor (40-2, 12 KOs) could be the end game for Teofimo (17-1, 13 KOs). The Spaniard sent the former four-division world champion Mikey Garcia into retirement, and he was a far better fighter than Teofimo could ever hope to be.

Top Rank hasn’t given up on Teofimo yet, but if he loses to Martin, it might be time for them to cut the cord and send the blowhard adrift. Teofimo would be just another one-hit-wonder that couldn’t match his initial success after getting lucky against a one-armed, injured Vasyl Lomahenko.

“I don’t want to speak too much about the Kambosos fight at the moment. I’m just staying focused on what’s at task right now. Staying devoted, staying determined, and being dedicated to my own craft,” said Teofimo Lopez to the media when asked about his loss to George Kambosos.

“He called it out that we’d beat Lomachenko after we knocked out Richard Commey, and we did that. It’s all about keeping the same momentum now by moving up to 140 and becoming the first male boxer to become a two-time undisputed world champion.

“No matter what the cost is, we’re here for the glory. That’s all that matters. I don’t think they know how to express themselves very well. That’s why I’m the first boxer to be signed to Bud Light.

“I’ll help them out,” said Teofimo about him being willing to help other fighters out on how to promote themselves outside of the ring by teaching them how to trash talk to gain followers.

“That’s basically saying you want to kill me because I nearly died last year around this time,” said Teofimo about Regis Prograis, saying he wanted to send him to ER when/if they fight. 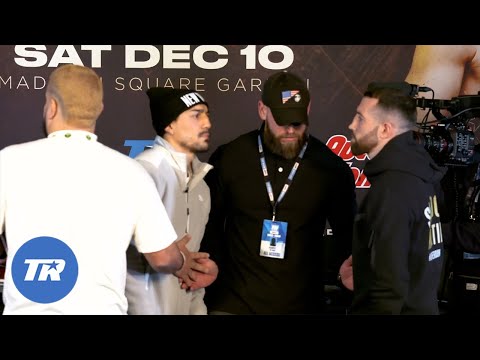 “If you’re telling me to go back to the hospital like that, I understand his terms to mean that he’s going to beat the s**t out of me. You can just say that. You don’t have to tell me that you’re going to put me in the hospital.

“I’m not going to say that I’m going to put you in the morgue. I’ll let death do that to him. What helps me is these guys don’t know what the f**k they’re doing. They do not know that their coaches, not anyone, you can’t teach this. You can’t even speak this.

You’ve got to learn this,” said Teofimo about his ability to self-promote himself outside of the ring by bragging, complimenting himself, and embellishing his credentials.

“These guys just want to be, ‘I’m the tough guy in the ring. Hand raised, and that’s it. I’m going to make a hundred million dollars.’ No, there’s a lot more work than that. That’s why we’re here today, headlining at Madison Square Garden, sponsored by…I’ve faced fighters that have never been dropped before, and I’ve dropped them.

“I’m confident in myself and my skills. I’ve worked really hard in this camp. I’ve had two fights this year. The last time I had two fights in one year was back in 2019.

“I’m becoming more of a student before I become a teacher. Right now, I’m already on weight. A lot of people don’t know that when he [Sandor Martin] fought Mikey Garcia, he was doing a catchweight of 144, 145.

“So if anyone is going to be struggling tomorrow on the scales trying to make weight, it’s Sandor Martin.

“I think that’s the best fight that can get made outside of me and [Josh] Taylor next year,” said Teofimo about the Gervonta Davis vs. Ryan Garcia fight. “This is something that we all need to see.

“I’m going to tell to other young fighters, ‘Don’t say no to any interviews’ because we all need each other. I’m not charging anyone of you guys,” said Teofimo, sounding more than a little deluded given that he’s a down-in-his-luck former world champion, whose career is on shaky ground, facing oblivion after losing to George Kambosos Jr last year.

“I should [charge the media for interviews], but who would I be if I did that? I would be limiting my potential. The only difficult fight I have is to myself. I did that last year.

“The thing is, I inflict fear before they even face me because the eyes don’t lie. They’ll see it when we face each other. They’ll feel the vibration and feel the energy. They’ll feel everything that I’ve worked so hard to be and where I need to be right now.

“I want to see all my other fighters grow. You teach your students. When they think they’re the master, then you teach them and humble them. It’s not to brag or anything. I’ve just a giver.

“My thing was, I got to get this guy out before I really suffer in this fight,” said Teofimo about what was going through his head when he was dropped in the first round by Kambosos. “Obviously, I didn’t. 12 rounds, it was agony, pain.

“Sitting in those rounds and seeing DAZN post Kambosos the whole time. I’m looking at those videos…and that’s how I know corruption plays a big role. It’s not just with DAZN. I don’t want to name any more names.

“The only surprise that I think everyone will see is how much better I got since my first career loss,” said Teofimo Lopez during Thursday’s final press conference for his fight against Sandor Martin on Saturday night.

“What I would like to tell everyone here is that you never really lose. The only time you ever really lose is when you quit. When you say ‘No Mas.’ That’s when you lose,” said Teoffimo in repeating something he’s been saying all week in any interviews. 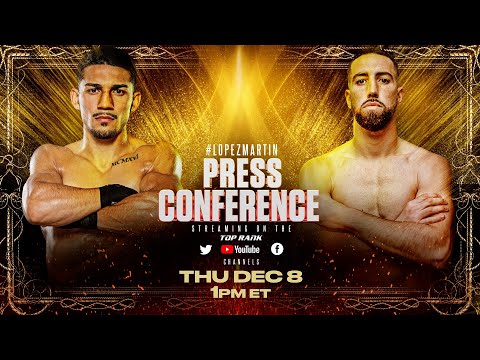 Bob Arum says Fury vs. Usyk could get announced next week »