By Brian Webber: Showtime boss Stephen Espinoza is worried about the possibility of Gervonta ‘Tank’ Davis losing to the talented Hector Luis Garcia in his next fight on January 7th, which would spoil the massive money bout against the popular Ryan Garcia next April.

Although Espinoza isn’t saying, Tank (27-0, 25 KOs) is still a novice after nine years in the pro ranks, never having been tested against the elite at 135 or 130.

Gervonta’s previous management at Mayweather Promotions did a great job of maneuvering him around the dangerous guys that could have beaten him and hurt his money-making ability.

Tank could lose to Hector Garcia

It’s obvious that Mayweather Promotions played it safe with Tank all these years, keeping him away from the harsh reality of the sport by opting not to put him in with talented fighters that could either beat him or put a lot of ring mileage on him.

Interestingly, casual boxing fans haven’t taken notice of the weak opposition that Tank Davis has been fed, and they view him as having fought the best. The reality is, Tank hasn’t been fighting the best; he’s been fighting lesser guys with little talents like Rolly Romero and older past their prime smaller guys like Yuriorkis Gamboa & Leo Santa Cruz.

Hector Garcia is an elite-level fighter and the best talent at super featherweight today now that Shakur Stevenson has moved up to the lightweight division. 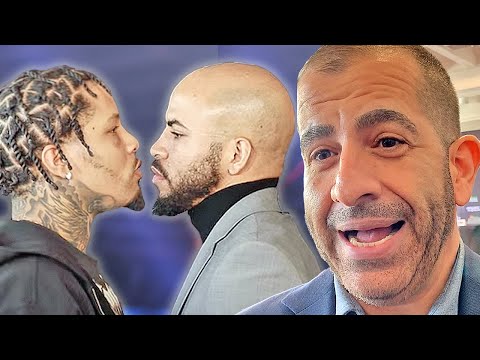 Considering the problems that Tank Davis had in his recent fights against Rolando ‘Rolly’ Romero, Isaac ‘Pitbull’ Cruz, and Leo Santa Cruz, there’s a very real possibility he could lose to the 2016 Olympian Hector Garcia on January 7th.

If Tank loses to the 31-year-old Dominican Republic native Hector Garcia, he’ll need to schedule a rematch and attempt to avenge the loss. There’s no way that Tank can walk away from the loss and face Ryan Garcia in April off the back of a defeat against Hector.

“I think it’s a tough fight for Tank,” said Showtime president Stephen Espinoza to Fight Hub TV about Gervonta ‘Tank’ Davis choosing to take a risky fight against Hector Luis Garcia next ahead of his mega-fight against Ryan Garcia next April.

“It makes me a little bit nervous given what’s at stake, given that Tank’s got a big fight later in the year. [Gervonta] could have taken a much easier fight than he did.

“This is not a gimme,” Espinoza continued about Tank Davis’ decision to face the ultra-talented Hector Garcia, who is arguably a better fighter than Ryan Garcia at this juncture of his career.

“I know [Hector Luis] Garcia’s been at a lighter weight [super featherweight], but he’s a big dude, much taller. He will adjust to 135 just fine, and I expect a tough fight,” said Espinoza about Hector.

When promoters play it safe with a fighter, spoon-feeding them marginal opponents, they tend to fall apart once they’re finally matched against quality guys. Gervonta might be a significant example of that when he takes on Hector Garcia on January 7th.

This fight is likely one that the 28-year-old Tank Davis insisted on because it’s too risky and too much of a step up in competition from the mediocre opposition the Baltimore native has fought during his nine-year professional career.


« Josh Warrington vs. Luis Alberto Lopez: Will headbutts come into play on Saturday?

Referee Mills Lane passes away at 85 »