Referee Mills Lane passes away at 85

By Brian Webber: Famous referee Mills Lane passed away at age 85 on Tuesday in Reno, Nevada.

The International Boxing Hall of Fame referee Lane suffered a stroke twenty years ago during the height of his fame as a referee & judge  on his show, ‘Judge Mills Lane.’

According to the Reno Bulletin, Mills Lane had been in a hospice for a week before passing away on Tuesday.

“He took a significant decline in his overall situation,” Mill’s son, Tommy Lane, told the Reno Bulletin. “It was a quick departure. He was comfortable, and he was surrounded by his family.”

For a lot of fans, they remember Lane from him famously saying before fights, ‘Let’s get it on.’ As a referee, Lane was the type that wouldn’t hesitate to penalize fighters for fouls.

In this era of referees that take a laissez-faire approach to take control of the fouling that goes on in fights, Lane was a much different type. He was fearless as a referee.

Lane became well known for having worked some of the biggest fights in boxing in the 1990s, one of which was the famous ‘bite’ contest between Mike Tyson and Evander Holyfield on June 28, 1997. 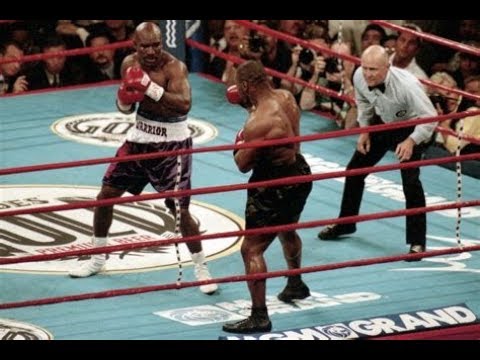 In this fight, Lane disqualified Tyson in the eighth round after he bit Holyfield on the ear. How Lane handled a potentially tricky situation in an assertive, take-charge manner won him many fans. A lesser referee would have crumbled under the pressure put on them at that moment.

Some of Mills Lane’s fights he officiated:

This is just a short list of all the great fights that Lane worked on in his long career as a referee. He was involved in many fights etched in the memory of many boxing fans, and he was a superb official that will be hard to forget.

Gervonta “Tank” Davis Is Ready To Run Through The Lightweight Division »