By Dan Ambrose: Canelo Alvarez’s trainer/manager Eddy Reynoso says he’s not sure what weight the rematch with Dmitry Bivol will take place at next year. It’s got to be negotiated still.

Bivol (21-0, 11 KOs) has made it known that he would love to come down to 168 to challenge Canelo for his four belts, but it’s unknown if the Mexican superstar will agree to that.

Aside from Canelo’s titles, Bivol doesn’t have any reason to fight him again because he already defeated Alvarez last May in a fight that many saw as an 11-1 victory for Dmitry. Although Canelo felt he’d won the fight, he seemed detached from what had happened inside the ring.

Canelo will be taking a tune-up bout in May against possibly John Ryder. That loss may have done something to Canelo in terms of his willingness to get inside thee ring with Bivol again.

Bivol doesn’t understand why Canelo chooses not to take the rematch with him because this is the second time he’ll have delayed facing him.

“We have to negotiate. We have to see what fights are made there, but we’ve been talking, and there are plans for next year,” said Eddy Reynoso to iD Boxing when asked what weight Canelo Alvarez will fight Dmitry Bivol at for the rematch in 2023.

“More than anything, it’s hurt the pride, but it’s a sport. You win, and you lose. Nobody is perfect in the sport. Sometimes you lose, and it was his turn to lose,” said Reynoso when asked how Canelo’s loss to Bivol has hurt him. 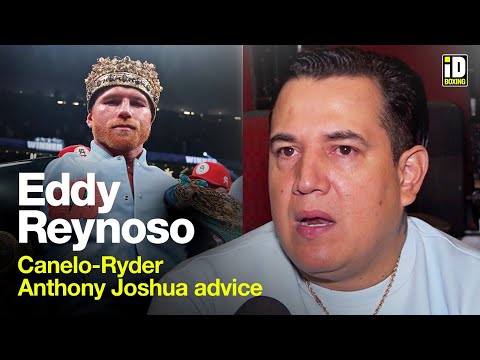 “There are always going to be people that say bad things. They’ve said bad things about Canelo. They still do, but we’ve kept winning championships, unification fights. I think he’s in a good moment in his career,” said Reynoso in reacting to being told that boxing fans feel that Canelo is showing signs of slowing down.

“He’s a strong fighter. I believe he’s as complete as he was before. In his last few fights, he had some problems, some injuries, but we have some people who specialize in that. We can help him with his health and his injury. Hopefully, all goes well, and we can have a good year,” said Reynoso.

Canelo Alvarez vs. John Ryder can happen in England in May says Eddy Reynoso »