By Dan Ambrose: Jaron ‘Boots’ Ennis will be fighting Karen Chukhadzhian in a 12-round co-feature bout on the undercard of Gervonta ‘Tank’ Davis vs. Hector Luis Garcia on Showtime pay-per-view on January 7th at the Capital One Arena, Washington, D.C

Boots Ennis (29-0, 27 KOs) and #4-IBF ranked Chukhadzhian (21-1, 11 KOs) will battle for the interim IBF 147-lb title, which will put the winner in a position to challenge the current welterweight champion Errol ‘The Truth’ Spence for the strap.

The little-known 26-year-old Chukhadzhian is probably the best that Boots Ennis’ management could get for him, as he’s a fighter that has been totally avoided by the top-tier opposition.

Some fans feel that Spence and WBO belt-holder Terence Crawford have been avoiding Boots like the plague, steering a wide swatch to avoid the dangerous young lion.

Chukhadzhian’s best wins have come against these fighters:

Born in Kyiv, Ukraine, and now living in Germany, Chukhadzhian suffered his only career loss to Andrii Velikovskyi in 2015 by a three-round split decision in a Super eight tournament in his country.

.@JaronEnnis has a chip on his shoulder, and is ready to show out 😤#DavisGarcia pic.twitter.com/Aaz2N2OSY3

Since that loss, Chukhadzhian has reeled off 20 consecutive victories, albeit against obscure opposition, apart from his win over then-39-year-old Funeka in 2017.

Ennis is a great talent, but he needs to be matched against better opposition because he’s wasting away after six years in the pro ranks. 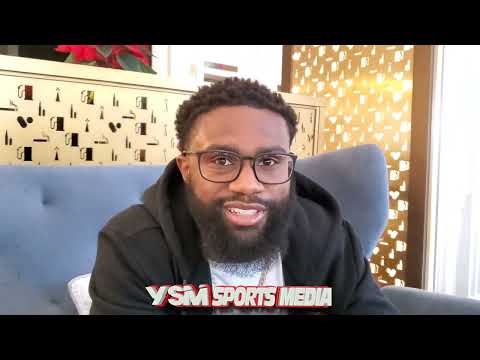 “I can’t wait to start 2023 off right by putting on another explosive performance for my fans,” ‘Boots’ Ennis said. “I respect all my opponents and am training harder than ever to come out victorious on January 7 to move one step closer to becoming world champion. Next year is going to be the most significant year of my career, and it all starts with this fight. My time is now.”

“Me neither. I just know his name is ‘Karen,'” said Boots Ennis to YSM Sports Media about his opponent Chukhadzhian. “For every one of my opponents, I go in there hard like it’s a world title fight.

“I’m going to go in there and do what I always do and look to be better, sharper, stronger and come home with a knockout and look good doing it. I don’t know nothing about him. I just know that he’s from Ukraine or something like that. That’s all I know.

“I got to get what I can take right now. That’s who I was supposed to be fighting,” Ennis said about Vergil Ortiz Jr. “The whole time, I was planning on fighting Stanionis, and then out of nowhere, the WBA made Stanionis and Ortiz mandate or something. I don’t know what’s going on.

“We were looking at Stanionis. We couldn’t get Keith Thurman. We’re just working our way down the list and fighting this guy. I take my hat off to him for taking the fight, and now it’s time to work.

“At this point, I really don’t care. I just want to stay active and keep fighting. I really wanted the Stanionis fight. That’s what I really wanted. I thought we were going to get it. I thought it was done, but then out of nowhere, they came with the Ortiz-Stanionis.

“I just want to stay busy, stay active and stay fighting. I’m always excited. It doesn’t matter where I go. Everybody is going to travel, but D.C. isn’t too far away. I know I have a lot of people coming down to D.C., showing some love, so it’s going to be like fighting at home.

“Most definitely right after this,” said Boots Ennis when asked if he expects to get a title shot after this fight. “I’m fighting for the IBF interim belt, and the next fight should be for the IBF world title.

“So I’m going to grab this and then go grab that. Take over,” said Ennis.

Also on the card, former two-division world champion Demetrius Andrade (31-0, 19 KOs) will be facing Demond Nicholson (26-4-1, 22 KOs) in a 10 round fight at super middleweight.

“Most definitely, I feel like I should have had my world title shot. I’ve been calling for the chance for two or three years now,” said Boots Ennis during Monday’s press conference for his chief support bout on the Gervonta Davis vs. Hector Luis Garcia card on January 7th in Washington, D.C.

“They’re just making it worse for themselves by making me wait longer.

Demetrius Andrade vs. Demond Nicholson on Showtime pay-per-view on Jan.7th in Washington, D.C. »