By Adam Baskin: Hector Luis Garcia plans on defeating Gervonta ‘Tank’ Davis on January 7th and then taking the massive money pay-per-view fight that he’s been coveting against Ryan Garcia for ages.

The 2016 Olympian Hector Garcia (16-0, 10 KOs) will come into his fight with WBA secondary lightweight champion Tank Davis (27-0, 25 KOs) as the underdog in their headliner on Showtime PPV at the Capital One Arena in Washington, D.C. 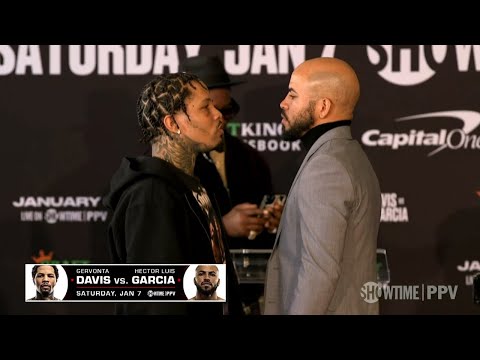 You can’t rule out a victory for Hector Garcia in this fight because Tank Davis has cruised through his nine-year career being fed lesser opposition by his promoters at Mayweather Promotions, and he’s never been in with anyone near the elite level.

Mayweather Promotions has done a good job of keeping Tank Davis unbeaten by steering him away from Vasyl Lomachenko, Shakur Stevenson, and Devin Haney.

Hector Garcia, 31, was the underdog when he faces highly ranked Chris Colbert last February, and he schooled him, winning a wide 12 round unanimous decision in Las Vegas. Garcia knocked Colbert down in the seventh round and tagged him at will.

In Hector’s fights since then, he defeated WBA super featherweight champion Roger Gutiérrez by a dominating 12 round unanimous decision.

Given Hector Garcia’s blue chip amateur career coupled with Tank Davis’ weak career resume, there’s a high possibility of an upset. This might even be a one-sided schooling in favor of Hector Garcia because he’s got more technical ability by far over Tank.

“We’re not sleeping on this guy. I know we have two fights lined up, but I’m only focused on this one,” said Gervonta ‘Tank’ Davis during the kick-off press conference on Monday for his fight against Hector Luis Garcia on January 7th. “I’m ready to go through everybody that’s in my way.

“I’m just ready to shut everyone up. All the talking that’s going around, I just want to go in the ring and shut them all up,” said Tank, sounding like he’s got a chip on his shoulder.

“If I beat ‘Tank’ on January 7, I’d be happy to go after a fight against Ryan Garcia. I don’t think he’s on the same level as me,” said Hector Luis Garcia.

Tank Davis would obviously be highly upset in losing out on a fight with Ryan Garcia should he get beaten by Hector. 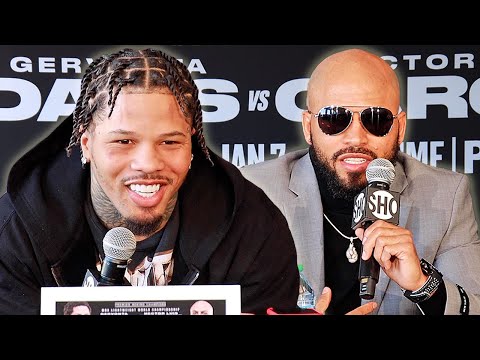 
« Oleksandr Usyk is “too small” for Tyson says John Fury

Demetrius Andrade on Jermall Charlo: “There are no more excuses” »