Demetrius Andrade on Jermall Charlo: “There are no more excuses”

By Sam Volz: Demetrius Andrade says there are no more excuses for Jermall Charlo not to fight him now that he’s with Showtime and the match has no impediments to being made.

Andrade (31-0, 19 KOs) admits that he’s been trying to get a fight against the unbeaten middleweight Charlo for the last five years with no luck, and he’s hoping he’s finally willing to face him. 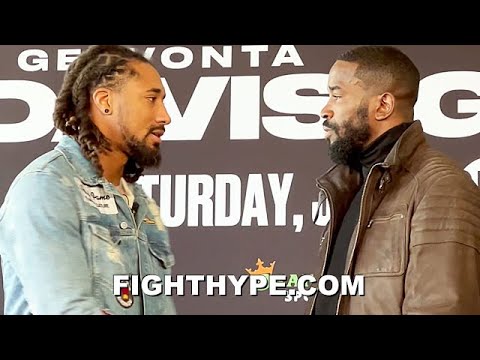 Demetrius was recently surprised that Jermall (32-0, 22 KOs) was calling out WBA light heavyweight champion Dmitry Bivol, trying to get him to come down to 168 to fight him. As Andrade points out, there was no history between Charlo and Bivol, which makes the fight pointless.

Jermall was hoping to put himself in a position for a Canelo Alvarez fight by maybe getting lucky and beating Bivol.

Even if Jermall did lose to Bivol, the fallout wouldn’t be that bad because he’d have the same excuse Canelo had by blaming his defeat on fighting outside of his weight class.

Andrade says he’d like to fight Jermell Charlo as well, as long as he’s willing to come up to 165 to meet him because he’s not going to come down to 160 to fight him and be weakened in the process.

“I had a hit list but time, GGG, that just ran out of time,” said Demetrius Andrade on Monday at the press conference for his fight against Demond Nicholson. “I can mention guys, but their timeline is over now.

“Me fighting GGG, yeah, it’s good for my resume, but whatever. Of course, Canelo, you see where that goes. Nowhere. He ain’t trying to get in there with the real dogs that can really fight and can punch, too as well, and is smart. 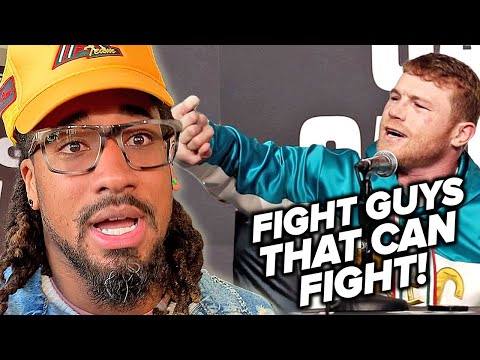 “Right now, it’s [Jermall] Charlo, and that’s it. [Caleb] Plant is a good friend of mine. Will I share the ring with him? Of course. I don’t really know David Benavidez like that. His father seems like good people. Of course. We all eat. That’s what it’s all about to see who the best is.

“That’s great. That’s pretty much what boxing needs and what I was saying,” said Andrade when asked about his thoughts on Plant fighting Benavidez. “If that is happening, there’s no reason that Charlo and Andrade can’t happen.

“I’m just saying. It’s that time. They’re showing it. Somebody has to do something eventually. We’re over here, and we’ll do what we do best, and that’s perform on January 7th.

“I’m not going to say it. I’m going to let the people say it,” said Andrade when asked if Jermall Charlo will be called a duck if he doesn’t fight him now that he’s with PBC.

“I’m going to be the one that throws out the challenge, of course. I have done for many years. That’s my era. Me and Charlo are like have a rivalry, we have s**t talk, and we have a history. I don’t have a history with Plant.

“There are some good fights that can be made, but there’s a history, a build-up, a real job there to be done. Why not?

“I don’t think the fight was that intense. It was just a clean shot at the right time,” said Andrade about the punch that Plant knocked out Anthony Dirrell with. “Is Dirrell passed his time? I’m not the one to say that. He’s a dog.

“If you watch the fight, he was the one that was trying to engage on some big blows, but he got caught by the faster man at the time. If he wants to retire, my hat goes off to him for what he’s done in the sport of boxing.

“I want to put on a show with the skills, power, and later on, of course, the stoppage,” Andrade said about his fight with Demond Nicholson on January 7th.

“You can’t stop everybody in this game, but a beat down is what I’m looking to get. A classic beatdown.

“It takes two to tango, and he has to want to agree too, and everything has to be right, of course,” said Andrade when asked why he hasn’t fought Jermall Charlo in the last five years.

“I hope I can get it to give the fans what they’re looking for. Not just me but the fans. That’s something that needs to be done. Two or three times is good, depending on how the fights go,” said Demetrius when asked how many times he wants to fight next year. 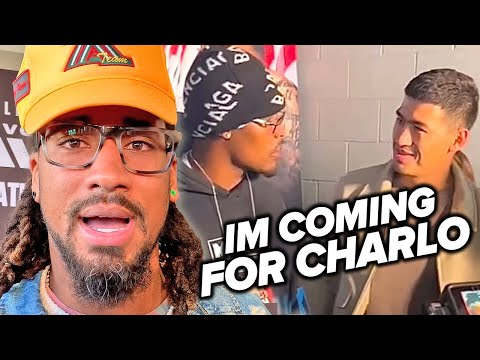 “More than the amount of time, it’s the opponents that they’re looking to fight. That’s where it counts. I’m not looking past Demond. My hat goes off for taking this opportunity to get in there. This is like fighting Canelo in his woods.

“I’m that good. I’m going to bring a fight. I’m looking for the big fights, the better fights because the time is now. We’re all coming to a point where you’ve got Rashedi Ellis, Boots Ennis. They’re the next people to come up and make it happen.

“The guys I mentioned. It’s Charlo,” said Andrade when asked who is on his hit list. “It’s time for that fight to happen. There are no more excuses. Either Charlo. The 154 one [Jermell], 160. I’ll tangle with both of them.

“We can fight on neutral ground. Texas is not bad unless it’s in Dallas Stadium and some s**t. We can find something neutral. New York is a good spot for sure. He can probably put on five more pounds at 165 or some s**t,” said Andrade when asked if he would come down to 160 to fight Jermell Charlo.

“We could figure something out. I’m not going to kill myself to fight somebody and then be weak in the ring. That doesn’t make healthy sense. I’m not that desperate.

“We got an Andrade – Charlo fight that can be made. ‘Bivol, do you want to fight? We can put something together.’ You know where the fights are. Plant, Benavidez, and now Andrade.

“Those are the biggest fights. Bivol, no disrespect, is a fight, but there’s no history, there’s no interest like that. Nobody is saying anything about that. Why go down? Fight him at 175, then. Show what you’re made of,” said Andrade about Jermall.

“Don’t tell somebody at 175 that just beat Canelo and is undefeated, talking about coming down to 68. B**ch,” said Andrade about Charlo.

Where Have the African Heavyweights Gone? »