It would be a massive upset if Yarde defeats Beterbiev opening the door for a lucrative payday against WBA 175-lb champion Dmitry Bivol or Canelo Alvarez.

Yarde, 31, says he’s grown as a fighter since losing to Sergey Kovalev and Lyndon Arthur. He’s not the same fighter that lost to those guys, and he sees the 37-year-old Beterbiev as beatable.

“It’s not going to be in the forefront of my mind, ‘Don’t get in there with this guy. He’s a murderous puncher.’ It’s boxing, and in the professional boxing ring, I’ve knocked out more people,” said Anthony Yarde to Behind The Gloves about his title shot against IBF, WBC & WBO light heavyweight champion Artur Beterbiev on January 28th. 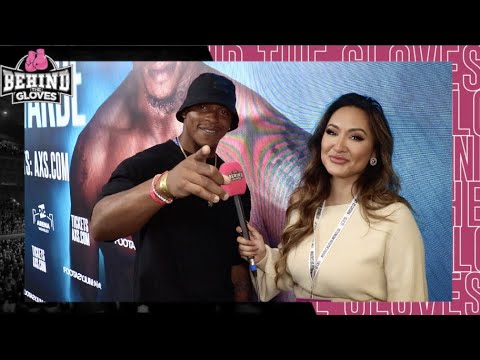 “Maybe a different caliber but still a chin, it’s still a person. I’ll show myself and my capabilities. I don’t fear no man on this planet because I feel the possibilities are there, and if the possibility is there, I’m going to focus on that positive possibility for myself.

“I don’t feel like any person goes for the challenges that I go for. I love it. This is something I thrive on. Now I’m doing it again,” said Yarde about him fighting another dangerous Russian fighter.

“I love it this way. I’m hearing all this stuff about Callum Smith. ‘You need to have this fight; you need to have that fight.’ I literally just focus on one thing at a time,” said Yarde when asked if he’ll face WBA light heavyweight champion Dmitry Bivol next if he successfully defeats Beterbiev.

“I could have this fight and be offered a fight against somebody else. It could be Bivol, it could be Canelo. Exactly, it could be Tyson Fury for the undisputed. It’s one fight at a time.

“I’m not going to turn down an opportunity. This time the opportunity has come, and it feels right.

“Rebuilding & growth,” said Yarde about the last two years. “I fought Kovalev when I was 28. I didn’t have no experience. Now, I feel like I’m ready.


« Demetrius Andrade vs. Demond Nicholson on Showtime pay-per-view on Jan.7th in Washington, D.C.

Oleksandr Usyk is “too small” for Tyson says John Fury »