By Barry Holbrook: Trainer Roy Jones Jr revealed that he’ll be meeting with Anthony Joshua in Brighton to discuss his plan for training him.

Joshua is looking for a new coach after losing his last two contests against Oleksandr Usyk. He says he wants to be a “free spirit,” meaning that he plans on potentially working with different trainers to learn from them to make the needed changes to turn things around.

For 33-year-old Joshua’s last fight against IBF/WBA/WBO heavyweight champion Usyk, he was trained by Robert Garcia, but unfortunately, he came up empty, losing another 12-round decision against the unbeaten Ukrainian talent.

Although Joshua did look improved to a certain extent, he wasn’t good enough to get the victory, and in some ways, he looked like the same flawed fighter that he’d always been.

Jones Jr says if the former two-division world champion Joshua (24-3, 22 KOs) likes his plan, he’ll begin training him for his next fight.

At this point in Joshua’s career, it’s questionable whether any coach on earth can fix the inherent flaws in his game, as he’s got stamina issues that are built in and likely can’t be fixed by human hands.

If there were a magical person that could give Joshua the cardio and a strong chin, he’d be invincible, but that’s not going to happen.

In other words, Jones will likely be the next flavor of the week for a brief stop over for Joshua before he moves on after he loses again in a fight or two.

“His mindset doesn’t need correcting, but there are a lot of ways to nature that mindset. The whole plan I’ve got is built on mindset,” said Jones Jr told secondsout about possibly getting the coaching job for the beleaguered former two-division world champion Anthony Joshua.

“I told him that I’m glad he’s not fighting right away because I would like to see you change some things, reset your mind first and then go back out,” Jones Jr continued about Anthony Joshua.

“If you go back out with the same game plan that you had, you yourself and everybody else know what changed. It’s like when you fought Usyk? What changed? Nothing.

“I spoke to him at the fight last weekend. In my opinion, he still has everything necessary to become a champion. I’ll get him in the gym and look at him, assess his game, and I think he’ll be back to the top within six to eight months.

“I’ve got a good long-term plan for him, and if we agree on the plan, which I haven’t told him yet, I do have a plan for him because knowing boxing, I kind of know how to go for a guy most of the time. I kind of know what the best route is for him to take.

“I’ve been watching his career for his whole career. I definitely have a good plan for him. When he comes to see me in Brighton when I go to train Chris [Eubank Jr], we’ll speak about it; then I’ll tell him my plan.

“If he likes my plan, we’ll get on the plan. If he doesn’t like the plan, he’ll go find somebody else,” said Jones. 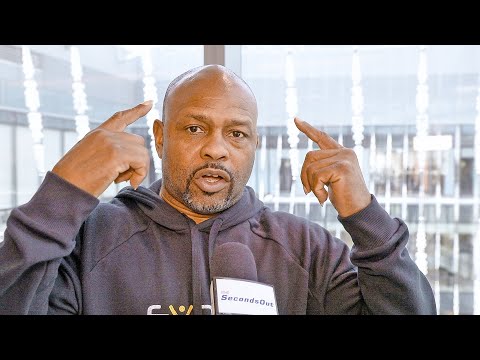