By Craig Page: Terence Crawford says he’s “turned off” about fighting Errol Spence Jr after coming up empty in his attempts to negotiate a fight with the unbeaten three-belt unified welterweight superstar.

Although Crawford (38-0, 29 KOs) would likely be interested in renewing talks with Spence, that would be up to the Texas native and his adviser Al Haymon from PBC.

As Crawford states, Spence made a cryptic remark about wanting to circle the block to come back around, which could be interpreted as a signal that he plans on restarting his negotiations with Terence soon.

For the time being, Spence (28-0, 22 KOs) has been ordered by the WBC to defend against his mandatory challenger Keith ‘One Time’ Thurman, and that fight is expected to take place next.

The undefeated WBO 147-lb champ Crawford will be defending against #6 contender David Avanesyan next month on BLK Prime pay-per-view on December 10th at the CHI Health Center in Omaha, Nebraska.

As of Wednesday, 9,500 tickets have reportedly been sold for the event with almost a month go. The seating capacity is 17,560, so there’s a good chance it could sell out by December 10th.

“The mission is still the same, to give the fans the fights that they want to see, but at the same time, I just want everything to be fair, that’s all I ask for, and I don’t feel like it was fair.”

If the rumors are true that the 35-year-old Crawford will be getting eight figures to make a voluntary defense against Avanesyan, it’s not a big deal that he won’t be fighting Spence.

To make that kind of money for what amounts to be a stay-busy fight for Crawford, who needs Spence? We’ll have to see if BLK Prime is interested in staging another one of Crawford’s fights after he faces Avanesyan.

If Crawford stays at 147, he can attract a lot of interest if he takes a risky fight against Jaron ‘Boots’ Ennis or Vergil Ortiz Jr.

“I don’t know, that’s not my main focus, that’s not what I’m worried about,” said Crawford about potentially moving up to 154 to look for better opportunities.

“As I said before, Avanesyan is my main focus; that’s who I’m focused on; that’s my main priority.”

If Crawford moves up to 154, he would have to wait for a title shot against undisputed middleweight champion Jermell Charlo, and it could be a year or more. Charlo is already scheduled to defend against his WBO mandatory Tim Tszyu in January.

If Crawford goes the WBO route for a title shot against Jermell, he would need to wait until 2024 at the earliest, and even then, there’s no telling whether he gets the fight. Jermell could vacate, leaving Crawford a useless belt in a barren division of big names. 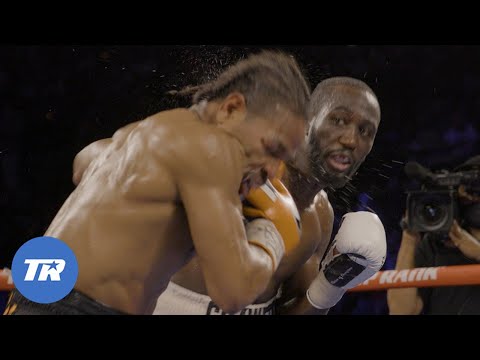 
« Next to challenge the Mayweather record