By Sam Volz: Regis Prograis weighed in at 139 pounds, while Jose Zepeda weighed 139.4 lbs on Friday’s weigh-in for their fight for the vacant WBA light welterweight title at the Dignity Health Sports Park, in Carson, California. 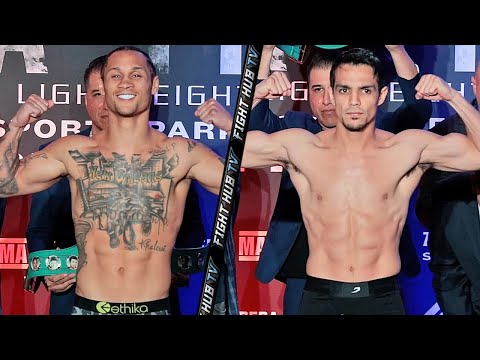 #2 WBC Prograis (27-1, 23 KOs) has waited for three years for this opportunity to fight for a belt since losing his WBA title to Josh Taylor in 2019. It’s been a long wait for Prograis, but he wants to make the most of it on Saturday night.

#1 WBC Zepeda (35-2, 27 KOs) will be getting his third chance to fight for a world title, and he wants to take full advantage this time. He lost to Jose Ramirez in 2019 in a fight for the WBC 140-lb belt and against Terry Flanagan in 2015 in a fight for the vacant WBO title.

“Everybody is on edge because we’ve been waiting for a chance,” said Regis Prograis to Rainbow Alexander about his fight for the vacant WBC light welterweight title this Saturday night against Jose Zepeda.

“I’ve been waiting for this belt for three years now. So everybody is on edge with me and my team. I don’t believe this is a 50-50 fight. I trained too hard for a long time. So for me, it’s ready.

“Everybody is on edge right now, but for me, I’m calm. Their team was over there, ‘Come on,’ and my team was about to get into it. For me, I’m the one that has got to fight. So all that can go back & forth. It’s cool.

“It brings eyes, and people are on edge. The tension is high right now, but for me, I’ve got to fight. I got to go out there and do my thing. That’s for them.

“My energy is crazy. Literally, I felt like I could spar last night. It’s off the charts. My coach needed to hold me back. ‘You don’t need to do this.’ 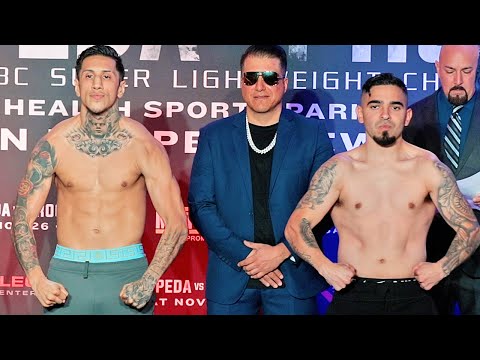