By Dan Ambrose: Leaked sparring video of Gerovnta ‘Tank’ Davis was posted on Friday, showing him preparing for his January 7th fight against Hector Luis Garcia in Washington, D.C.

Tank (27-0, 25 KOs) is looking sharp, showing speed and excellent counterpunching well ahead of his title defense of his WBA ‘regular’ lightweight belt against the unbeaten Hector Garcia (16-0, 10 KOs).

This could be a harder fight for Tank than his April 15th match against Ryan Garcia, as Hector is a world champion at super featherweight and a 2016 Olympia.

In contrast, Ryan (23-0, 19 KOs) is a popular social media boxer with an inflated pro resume and comes from a limited amateur.

If not for Ryan’s many followers on Instagram and Youtube, Tank probably wouldn’t give him the time a day because he’s beaten no one worth mentioning at the professional level.

“I think obviously they’ve got their next two fights that it looks like are lined up. One coming up in January and then the next on Ryan Garcia,” said promoter Eddie Hearn to Boxing Social about Gervonta ‘Tank’ Davis being scheduled by his promoters to face Hector Luis Garcia on January 7th and Ryan Garcia on April 15th. 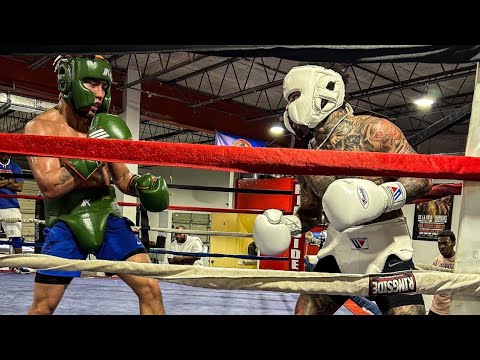 “I think you have to be a little bit careful. I find it quite bizarre that media outlets are reporting a random text from a number that you just don’t know who it is.

“It’s pretty dangerous. Anyone can text Dan Rafael and say, ‘Just to let you know that we’ve got some fake news.’ It does appear that Gervonta Davis is no longer under contract with Mayweather Promotions. I’m just going by what he’s been saying.

“I saw the deleted Tweet. He seems to do that quite a lot, and it seems like he’s not working with Leonard Ellerbe and Floyd Mayweather anymore. I still don’t think you should be reporting texts that you get from random numbers.

“I think Gervonta has said enough now to show people that he’s no longer working with Mayweather Promotions.

“I don’t believe rumors or random bits of information coming out. Anyone can say anything these days, but what I do believe is that when Gervonta says something and deletes it, it’s said for a reason.

“It’s not really my business. If you’re asking me if I’d like to bring Gervonta Davis to Matchroom, of course, but it looks like he has his immediate future mapped out, and we’ll see what happens.

“If they have parted ways, it’ll hurt when you’ve built a fighter like Leonard [Ellerbe] has. A contract runs up, and they go elsewhere. That’s boxing, that’s life, that’s business.

“So I’m sure Leonard and Floyd will live to fight another day, but they’ll be disappointed as well because they’ve been a big part of Tank’s journey,” said Hearn.