By Jim Calfa: Isaac ‘Pitbull’ Cruz is warning Shakur Stevenson that he shouldn’t be so eager to fight him because he’ll find out quickly that it’s not what he thought it would be.

It’s a bad style match-up for Shakur to take on the pressure fighter Pitbull Cruz, because he would take it to the inside and land a lot of punishing shots.

Stevenson lost to the Cuban Robeisy Ramirez in the 2016 Olympics when he took it to the inside and punished him. After the fight, Shakur was in tears. Pitbull is capable of doing the same thing to Stevenson that Robeisy did.

Top Rank has promised Shakur a title shot against the winner of the Devin Haney vs. Vasyl Lomachenko fight. With that fight guaranteed for Steveson, it’s hard to understand why he’s whining about a fight with Pitbull Cruz. He should wait his turn.

Cruz is ranked ahead of #3 WBC Shakur, and he’s arguably more popular than him, thanks to his thrilling fight against Gervonta ‘Tank’ Davis last December.

Pitbull Cruz lost a narrow 12 round unanimous decision to the secondary WBA lightweight champion Tank Davis, but he beat him in the eyes of many boxing fans, who felt that the judges robbed him of a well-deserved victory.

“Hey, Shakur Stevenson, don’t be eager to fight me because when we’re in the ring, one by one, you will know it’s not the same. See the lion that sees him coming.”

“I turn pits into poodles. Lil puppy, are you ready to go for a walk? Let’s take this puppy for a little walk.

“If the Lil puppy doesn’t want to fight, let’s get who is next in line, isn’t it William Zepeda or Kambosas don’t matter I’m ready to smoke sum regardless 🤔”

Taking over this division is all that’s on my mind 😤😤 #ChasingGreatness pic.twitter.com/yL6BbAqnpy

Pitbull will likely get the winner of the April 15th fight between Gervonta ‘Tank’ Davis vs. Ryan Garcia, so he doesn’t need a low-money match against Shakur.

If Pitbull stays busy, he’ll get a massive money fight against the Tank-Ryhan fight in the second half of next year. 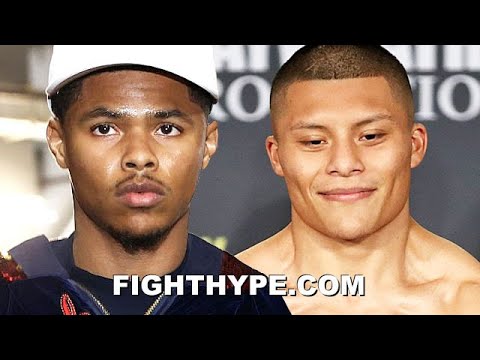 
« Prograis says Spence & Jermell Charlo would hurt each other at 154