By Jack Tiernan: Regis Prograis can’t wait till this Saturday night for him to beat the well-respected Jose ‘Chon’ Zepeda to win the vacant WBC light welterweight title. The former WBA 140-lb champion Prograis (27-1, 23 KOs) and #1 WBC ranked Zepeda, (35-2, 27 KOs) will meet in a card that begins at 9:00 p.m. ET / 6:00 p.m. PT at the Dignity Health Sports Park in Carson, California.

The event will be shown on FITE and PPV.com. Prograis arguably already be the undisputed 140-lb champion, as his only career defeat came at the hands of Josh Taylor in 2019, when he went to England to fight the British fighter.

Prograis appeared to win seven of the twelve rounds, but the judges gave it to Taylor, who is from Scotland.

Since that loss, Prograis has been avoided by the top names, and he’s had to beat mid-level fighters to scratch & claw his way to a title fight after three long years.

Zepeda is a big puncher and dangerous, but he’s his ability to take shots isn’t what it needs to be. Ivan Baranchyk had Zepeda down four times in their fight in 2020. If Prograis hurts Zepeda, he’ll likely finish him.

It would be a good idea for Prograis to avoid fighting Zepeda on the inside because he’s not a great inside brawlier, as we witnessed in his loss to Josh Taylor.

“I’ve been training for five months, and I just want to get it over with,” said Regis Prograis to Fighthype about his match against Jose Zepeda on Saturday.

“Right now, Zepeda is the only thing on my mind.

“Yeah, I’m going to miss Thanksgiving, but I want to be a two-time world. The belt is definitely important but beating Zepeda is high on my list. He earned a shot to get here.

“I stayed at 140 for the belts. That’s the only reason. I sacrificed my body and I’ve been eating right for a long time to do this. Of course, to get a win over Zepeda. That’s big too. 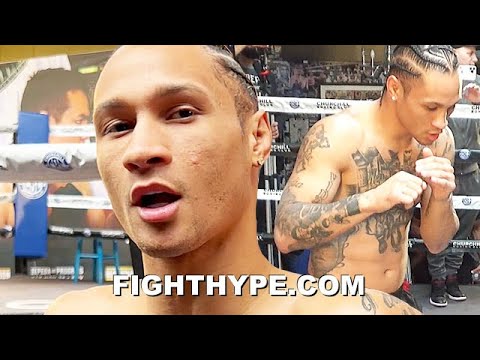