By Dan Ambrose: Isaac Cruz Sr, the dad of highly ranked lightweight contender ‘Pitbull’ Cruz, says he’s not interested in letting his son fight #4 WBC Shakur Stevenson next and prefers that he face #1 Vasyl Lomachenko because it’s an “easier fight.”

With how Lomachenko looked against Jamaine Ortiz in his last fight on October 29th, you can agree with Cruz Sr that it would be an “easier fight” for Pitbull than if he were to face Shakur.

Last Wednesday, the World Boxing Council, at their convention in Mexico, ordered ‘Pitbull’ Cruz and Shakur 19-0, 9 KOs) to fight next, with the winner to take on the victor between undisputed lightweight champion Devin Haney and Lomachenko.

Stevenson’s promoter Bob Arum came out and threw cold water on the idea of a Shakur-Cruz fight, saying that he’d learned that Pitbull Cruz (24-2-1, 17 KOs) wasn’t interested in the fight. As such, Arum said he would look for another opponent for Shakur.

Pitbull Cruz’s dad reportedly feels that Shakur would be a boring fight for his son, similar to a “dog chasing a cat.” He says they would rather fight Lomachenko (17-2, 11 KOs).

Whether the 24-year-old Pitbull will get a chance to fight the winner of the Haney vs. Lomachenko fight for the undisputed 135-lb championship is unknown.

If Pitbull turns down the WBC’s ordered fight with Stevenson, you would have to believe he forfeited his chances of fighting the Haney-Lomachenko winner.

As a result, Shakur will likely be the one that faces the winner of the Haney (29-0, 15 KOs) vs. Lomachenko fight by default, as long as he doesn’t get beat in his next fight against whoever his promoter Arum selects for him.

If your Pitbull Cruz, it makes sense for him NOT to face Shakur Stevenson because that’s a bad style match-up for him, and he’d probably lose.

Assuming Pitbull Cruz can get a well-paying rematch with WBA ‘regular’ lightweight champion Gervonta ‘Tank’ Davis in 2023, it’s the right move for him to take by electing not to fight Shakur.

Cruz can make a lot of money in a second fight with Tank, and he wouldn’t have to chase him around the ring like he would Stevenson. If Pitbull were to take the fight with Shakur, it would probably end badly for him, and wreck his chances for a Tank rematch. 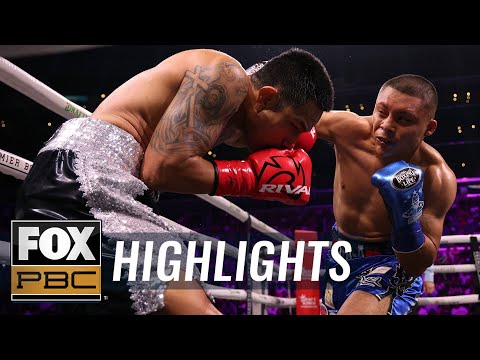