Golovkin to fight Michael Zerafa next in Australia

By Craig Page: Michael Zerafa says IBF & WBA middleweight champion Gennadiy Golovkin has “verbally agreed” to defend against him next in Australia.

On paper, those are really tough fights for Golovkin at this stage in his career, and there’s a good chance that he’d lose to both. But in facing Zerafa, that’s a match that the 2004 Olympian Golovkin has a better shot at winning.

He could still lose to Zerafa, though, because of what we saw from GGG in his last two fights against Canelo Alvarez and Ryota Murata, he’s slowed down dramatically, and he can’t pull the trigger on his shots like he used to.

If Zerafa can handle Golovkin’s occasional hard shots, he can win this fight. With Golovkin’s slow hand speed, Zerafa should be able to get out of the way of most of his big punches to avoid them connecting.

If the fight is made, many U.S boxing fans won’t be pleased because they wanted to see Golovkin take on a notable opponent, like Jermall Charlo, Jaime Munguia, Chris Eubank Jr., or Janibek Alimkhanuly.

The date, location, and network for the Golovkin vs. Zerafa fight have yet to be determined. The 40-year-old Golovkin had been fighting on DAZN for the last three years as part of a six-fight deal.

“That fight will be bigger than even Anthony Mundine versus Danny Green,” said Michael Zerafa to Fox Sports Australia about a title shot against IBF/WBA middleweight champion Gennadiy Golovkin.

“While Triple G and his team have verbally agreed to fight me, and to fight me in Australia, it’s now been seven months since I dismantled Isaac Hardman.

Thus far, Golovkin has fought five times on DAZN as part of his lucrative deal. Of those five fights, only one of them has been against a popular opponent Canelo Alvarez.

“Since 2020, I’ve only fought seven rounds. I’ve knocked out everyone I fought,” said Zerafa. 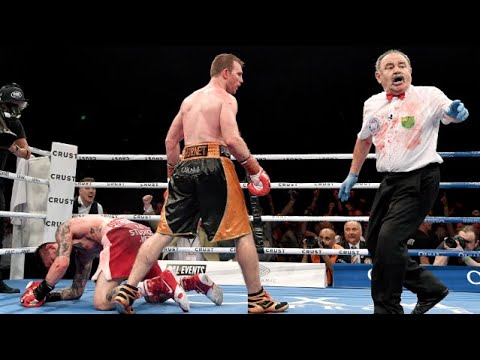