Eddie Hearn criticizes fans for saying Whyte vs. Franklin was a robbery 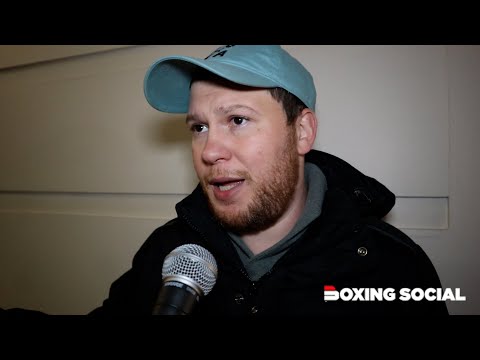 One gets the sense that with the way Hearn was all worked up in a near-rage, squawking about the fans giving their impression of the Whyte-Franklin fight, that he REALLY wants to make the Whyte vs. Anthony Joshua fight next.

To some boxing fans, the outcome of the Whyte vs. Franklin fight was like a professional wrestling match where the winner was picked out ahead of time, and there was no chance of the other guy getting the victory.

In other words, some fans saw last night’s Whyte-Franklin fight as having a preordained outcome where Whyte would be given the victory due to him being the huge ticket seller and because of the huge money involved in the rematch between him and Anthony Joshua in the first half of 2023.

Hearn claims that Whyte won the last three rounds, 10, 11, and 12, even though he was hurt in the 10th and outworked in the 11th by Franklin. Even in the 12th, Whyte was getting nailed nonstop by Franklin.

The only good thing that Whyte did was land a big shot that caused Franklin to fall against the ropes.

Whyte’s pathetic follow-up barrage saw him miss virtually every punch he threw. He wound up getting countered by a big shot from Jermaine that caused him to retreat like a defeated army that had run out of ammunition and could no longer sustain the fight.

“Anthony Joshua was watching the fight, saying, ‘I’ll fight either one.’ That [Joshua vs.  Whyte] remains a massive fight not just for British boxing but for world boxing. Whether that’s in February, March, June, or July, I feel like it’ll be one of those,” said Eddie Hearn to Secondsout about the Anthony Joshua vs. Dillian Whyte fight that he has planned to take place next. 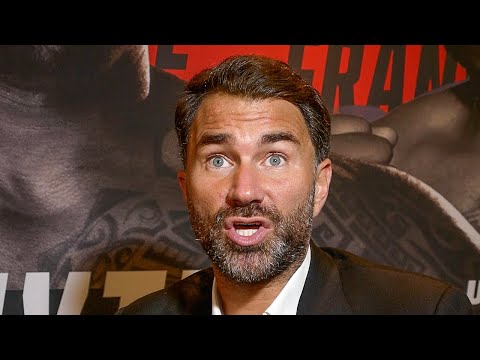 “I’ve looked at Dan Rafael and all of these gents. It’s NOT a robbery at all,” Hearn said about the Whyte vs. Franklin results. “It was a very close fight that could have gone either way. I feel like 115-113 for Dillian Whyte. If that’s the case, I could see a draw.

“Anyone that says that’s a robbery is as thick as s**t,” said Hearn about the many fans that said Whyte’s victory over Franklin was a ‘robbery.'”

Wow, Hearn calling fans “thick” because they viewed the outcome as a “robbery” last night. I guess that means Hearn thinks Franklin was thick as well because he said repeatedly that he’d been robbed after the fight.

So the other way is a robbery. It’s ridiculous. People just start scoring fights differently, and during the fight, they start getting on the underdog, saying, ‘Dillian Whyte is going to lose. Give another round to Franklin.’ It was a very close fight,” said Hearn. 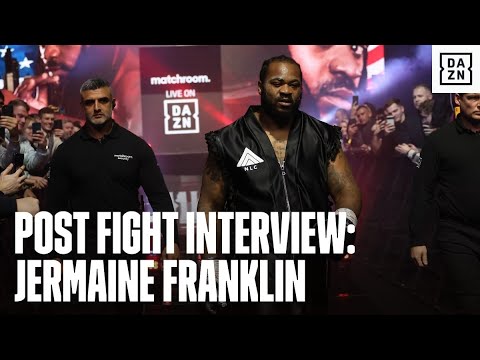