Chris Eubank Jr tells Conor Benn: “own up and ask for forgiveness”

By Barry Holbrook: Chris Eubank Jr says Conor Benn is hiding and needs to “own up” and say he’s sorry for being popped for PED.

Eubank Jr feels that even if Benn is found non-guilty by the board, the public perception will continue to be that he cheated by using PEDs.

According to Eubank Jr (32-2, 23 KOs), he found out about Benn’s positive test ten days before their previously scheduled October 8th fight.

Despite all that’s happened, Eubank Jr says he still hopes to fight Benn in the future, and he feels that they’ll now have a story to tell.

In the meantime, Eubank Jr will be fighting next month against junior middleweight Liam Smith on January 21st at the Manchester Arena in Manchester, England. Eubank Jr vs. Smith is viewed as just as much of a mismatch as Eubank-Benn would have been.

“I don’t know what’s going on. Conor is MIA [missing in action],” said Chris Eubank Jr to iFL TV when asked what the status is for Conor Benn following his positive tests for a PED. 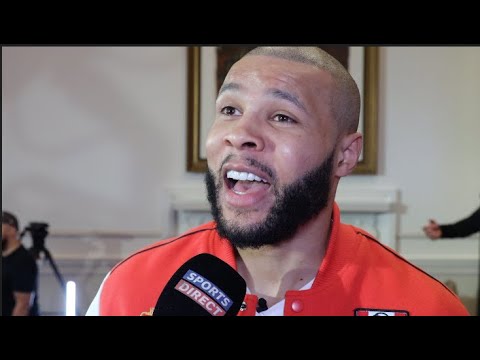 “Conor is in hiding, which says a lot. You don’t hide if you’re innocent. You keep hearing all this talk about him employing all these lawyers and scientists. Conor, it doesn’t matter. It’s done.

“Even if you’re not guilty, you’re guilty. Own up. That’s your only shot. That’s your only way out of this. If you keep doing this, ‘Trying to prove me wrong, I’m the victim, look at me, feel sorry for me,’ no one is ever going to forgive you.

“About ten days before, and when we spoke, it was, ‘Well, this happened, and we’re going to get to the bottom of this.’ I said, ‘You better, for your sake.’ I told him, ‘This is the worst thing that can happen to any fighter’s career. So for your sake, I hope you can figure this out because if not, that’s it,'” said Eubank Jr when asked if he’d spoken to Conor.

“He was kind of trying to say, ‘I don’t know how this happened. We’re going to get the bottom of this,'” said Eubank Jr about what Conor Benn told him. “I didn’t really know what to say, and then I found out about the second failed drug test, and I was like, ‘Wow, he lied.’

“I found out ten days before the fight. I’d had a whole camp. I don’t care what someone has done behind closed doors. I’ve worked too hard. ‘You can’t beat me,’ that’s my mindset as a fighter. Is that wrong? Maybe it is.

“Most people probably would have once they found out, ‘That’s it, it’s done.’ I’m not that type of guy. I don’t have that type of spirit. That’s not up to fighters to cancel fights. That’s up to the board, that’s up to the promoters, and up to the managers, the people that control the sport.

“I’d like to believe it,” said Eubank Jr about the excuse being floated for Benn’s two positive tests, about it being a contamination issue. “When I first heard about it, in my mind, I was like, ‘Alright, there has to be a mistake here. I’ll give you the benefit of the doubt.’

“When you fail two, which is apparently what he’s done, it’s hard to believe anything that’s not hands up, ‘I’m sorry.’ Even if that’s the case, even if there’s a non-guilty verdict, he’s still guilty in the eyes of the people and the public.

“That asterisk, that stain is always next to his name, always or on his name. It doesn’t matter how much money you pay for your lawyers, your defense team, and your scientists. You got caught cheating. That’s the public’s opinion, and that will never change.

Fury-Chisora 3: “Pension plan for Chisora before he retires” – Teddy Atlas »