By Sean Jones: Canelo Alvarez has confirmed that he wants a rematch against Dmitry Bivol in May to get “revenge” for his loss against the unbeaten WBA light heavyweight champion.

The Mexican star states that he fought well in the first half of the contest before his physical problems hampered his efforts to win.

Bivol fought like he was in first gear the entire fight, and one gets the sense that if he turned it up another notch, he could have given Canelo a real thrashing last May at the T-Mobile Arena.

If Bivol doesn’t wish to take the rematch, “there are more things to do. I think I’ll be ready for May again,” Canelo said to Bet365.mx about his next fight.

“I think so,” said Canelo about fighting in May. “I had a very competitive fight based on the limitations I had [with] my hand, my shoulder.”

If Canelo wants to use an excuse for his loss to Bivol, he needs to look at the approach that he used in that fight. Instead of throwing combinations, Canelo was loading up on single shots, hoping to score a knockout as he’d been doing against the super middleweight champions in 2021.

Surprisingly, there were no adjustments on Canelo’s part during the fight to start throwing combinations, and his trainer Eddy Reynoso seemed lost in his corner.

Canelo’s ship was sinking, and it looked like Reynoso was in panic mode, barking instructions that the golden-haired superstar could not follow.

“The first half of the fight, I did very well and then came to the burden because we did not train as it should be, especially in a larger division where you must be carrying more; they are heavier,” Canelo said about his loss to Bivol.

“It is what we will look for, revenge. I lost trying to make history in another division, complicated, for me, he is number one in the 175-pound division,” said Canelo about Bivol.

Even with Bivol fighting in a reserved manner, he still appeared to win a one-sided contest. Trainer Teddy Atlas remarked recently that he had Bivol winning 10-2 or 11-1 over Canelo.

If Bivol fights aggressively as he did against mandatory Gilberto Ramirez, it should be another easy win. 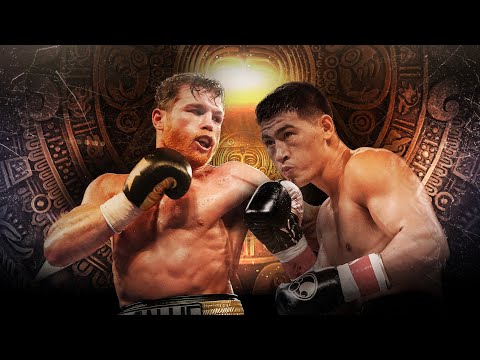