By Charles Brun: Anthony Joshua wasn’t impressed with the poor performance by Dillian Whyte last Saturday night against the little-known Jermaine Franklin at the O2 Arena in London.

Joshua was at ringside to scout out Whyte (29-3, 19 KOs) as a potential next opponent for his fight in early 2023, and he didn’t like what he saw from the war-torn old veteran, who appeared to be given a gift decision by the judges.

AJ says that Franklin (21-1, 14 KOs) is the type of opponent you’re supposed to knock out. The fact that Whyte couldn’t stop Franklin and was given a highly questionable 12-round majority decision makes him undesirable.

If Joshua turns around and fights Whyte in a rematch next year, he’s going to look weak in the eyes of the fans, as this would be too much of a cherry pick.

In the eyes of the boxing world, Whyte has unfinished business with the 29-year-old Franklin, and it would be a bad idea for Joshua to interject himself into that equation by fighting the tainted veteran now. 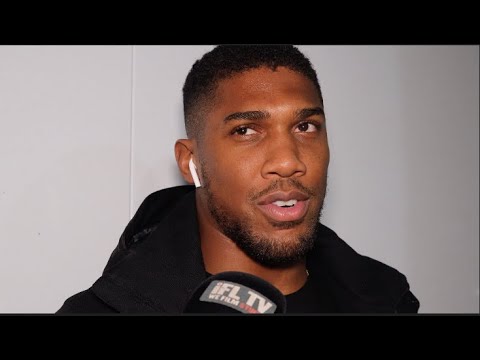 Whyte resembled a pure journeyman against Franklin, no better than the likes of Derek Chisora and worse than the British domestic-level fighters like Nathan Gorman and Fabio Wardley.

“If I was a trainer, I would expect my fighter to knock someone like Jermaine Franklin out,” said Anthony Joshua to iFL TV when asked about his assessment of Dillian Whyte’s victory over Jermaine Franklin.

“With the experience, Dillian has got, with the power that he’s got, I’m not in there to play games.  I’m going in there to try and knock someone of that caliber out.

“Let’s be honest. Jermaine Franklin wasn’t there to give Dillian any problems,” said Joshua, making it clear that Franklin was a cherry pick for Whyte, meant to be an easy mark for a showcase fight for the 34-year-old ‘Body Snatcher’ look good.

“That’s the type of fight that Dillian wanted that night, but it’s difficult. Jermaine Franklin made it tougher than what it is,” said Joshua.

It won’t make Eddie Hearn happy if Joshua chooses not to fight Whyte next, as he’s been working up a lather, talking night & day about wanting to make the AJ vs. Dillian fight next.

But after the way Whyte looked against Franklin, Joshua would be making a colossal blunder by fighting him.

If Hearn wants to match Whyte against someone, he should do the right thing and set up a rematch with Franklin or stick the badly deteriorated Dillian with Fabio Wardley to be used as a stepping stone, a punching bag.