By Ken Hissner:  The International Boxing Hall of Fame announced its flags will fly at half-staff in memory of bantamweight and featherweight world champion Eder Jofre, who passed away on October 2 at age 86.

“The Hall of Fame offers our condolences to the Jofre family and joins the boxing community in mourning his passing,” said Hall of Fame Executive Director Edward Brophy.

Born in San Paulo, Brazil, in 1936, Jofre turned professional in 1957 after competing at the 1956 Olympics losing in the quarter-final after posting a win. In February of 1960, he defeated Ernesto Miranda, 40-3-4, whom he had drawn with twice for the South American title. Four months later, he knocked Miranda out in four rounds.

Jofre captured the NBA title eliminator in August of 1960, knocking out Jose Medel, 46-13-3. In November, he won the vacant NBA world title knocking out Eloy Sanchez, 25-12, in Los Angeles, California. In September of 1962, in a rematch, he knocked out Medel, 52-17-4, in Sao Paulo, Brazil, for the world Bantamweight title.

Jofre mounted a comeback three years later and, after fifteen wins, captured the WBC featherweight title from Cuban Jose Legra, 128-9-4, out of Spain by majority decision in Brazil.

The “Golden Bantam” hung up his gloves for good in 1976 with a professional record of 72-2-4 with 50 knockouts. One thing I remember about seeing a film on him was that between rounds, he would face his corner, not his opponent.

In 1992, Jofre was elected into the International Boxing Hall of Fame. 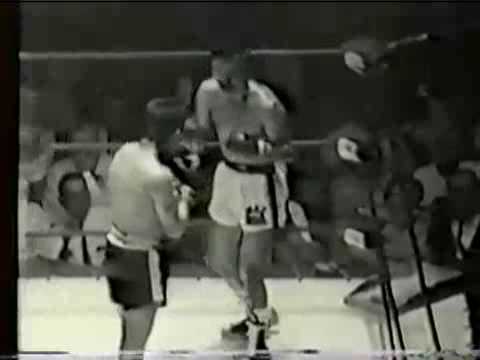