Even if Joshua doesn’t change things mentally, he can still defeat Fury because his entire game is now centered around using mauling tactics nowadays.

In other words, leaning, grappling, and throwing illegal rabbit punches. Those are the tactics that ham & egger-level heavyweights use to win fights, and it won’t be a problem for an elite-level fighter like Joshua to defeat that.

It’s too bad that Fury ultimately didn’t want the Joshua fight because the inane repeated deadlines that he set showed that he wasn’t interested in taking that fight.

Rather than fighting Joshua, Fury will likely face Manuel Charr or Derek Chisora. In other words, Fury will play it safe before fighting IBF, WBA & WBO champion Oleksandr Usyk in the first quarter of next year.

“But I could really see Joshua winning that fight. I think if he changes certain things mentally, he could come back and redeem himself more than ever.”

Joshua’s powerful straight right and left hook will be the kryptonite to defeat Fury with his leaning & rabbit punching tactics. It could very well wind up being a mismatch.

Before Joshua lost to Andy Ruiz Jr and Usyk, many boxing fans felt that he would be too powerful for Fury and would wipe him out.

If you take those fights out of the equation, Joshua would be a huge favorite to defeat the weak-punching Fury and would have an easy time beating him. We saw what Otto Wallin did against Fury, and he’s not a big puncher.

Joshua has the size & power to neutralize Fury’s mauling tactics, and a good referee will take care of his rabbit punching.

“No one also mentions that eight or nine months ago, we signed a contract to fight Tyson Fury, and Tyson Fury pulled out of that fight because of the Deontay Wilder arbitration.” 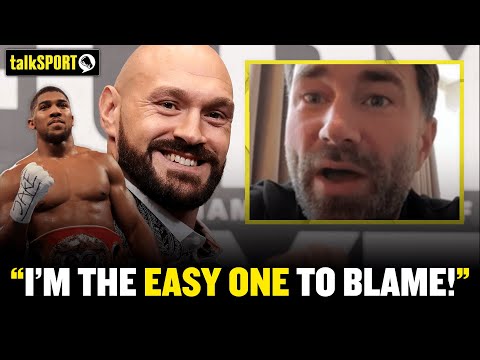