By Dan Ambrose: Regis Prograis (27-1, 23 KOs) and Jose Zepeda (35-2, 27 KOs) will square off for the vacant WBC light welterweight title next month on November 26th at the Dignity Health Sports Park in Carson, California.

This fight is expected to be a war from start to finish. The hard-hitting Zepeda is ranked #1 WBC, whereas Prograis is rated #2.

Prograis has been spinning his wheels for the last three years since losing his WBA light welterweight title to Josh Taylor in 2019 by a 12 round majority decision.

That was a fight that Prograis could have won had he made an adjustment earlier in the contest to fight Taylor on the outside because he was getting eaten alive fighting him on the inside for the first six rounds.

If Prograis is slow in making adjustments against Zepeda on November 26th, he might be counting stars circling around his head while out cold on the canvas.

Zepeda is not the type of fighter that you can afford to be slow in making adjustments against because he’ll knock you for sure.

The two highly ranked contenders will fight for the recently vacated World Boxing Council 140-lb title, given up by Josh Taylor.

Prograis probably should have moved up to 147 after his loss to Taylor because he’s wasted too much time trying to get ranked high enough to challenge for a world title at 140.

Regis’ job has been made much harder due to the top 140-pounders not wanting to fight him. Being frozen out by the top fighters at light welterweight division has put Prograis’ career in a deep freeze, which is why he should have gotten a clue and moved up to 147.

“I’m really excited about this fight finally happening. This is not like other fights,” said Jose Zepeda to Fightnews. “This is the top two in the 140 pound division.

“Fights like this you don’t see in boxing anymore. This is a real fight, and the best part is that the fans are aware of this,” said Zepeda.

We’ll see if the three years of fighting rarely and only against low-level opposition has eroded Prograis’s skills.

“I’ve been waiting for this fight for three years,” said Prograis. “I stayed at 140 so that I could fulfill my goal and be a two-time champion at 140.

“I’ve been waiting long for this opportunity, and I believe November 26 is when I will unleash my three years of frustration,” said Prograis. 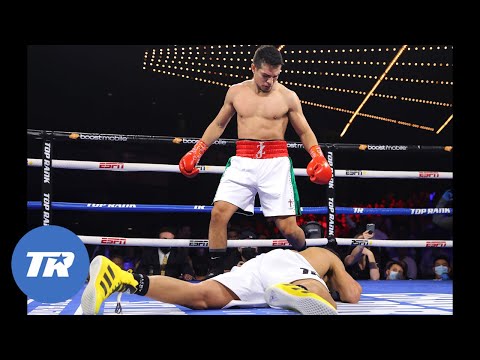 
« Gilberto Ramirez vowing to get revenge against Bivol for Canelos defeat

Devin Haney: “I didn’t have to honor the rematch” with Kambosos Jr »