Wilder (42-2-1, 41 KOs) has mentioned wanting to face the former unified heavyweight champion Ruiz (35-2, 22 KOs) next if he gets past Helenius and he’s not offered a title shot against IBF, WBA & WBO champion Oleksandr Usyk.

Wilder vs. Ruiz would be a final WBC title eliminator to become mandatory for champion Tyson Fury. That would be an excellent fight, and Wilder has already said he wants to fight Ruiz next if he doesn’t get a shot at fighting Usyk.

Hearn knows from experience how good Ruiz Jr is, considering he knocked out former heavyweight champion Anthony Joshua in the seventh round in their first fight in June 2018 and started the downward spiral for the popular fighter.

In Wilder’s case, he’s got his hands full already with Helenius on Saturday, and he might not win that fight. Helenius is arguably as dangerous a fight for Wilder as Andy Ruiz would, particularly with the way the Bronze Bomber has looked in his last two contests against Tyson Fury.

Wilder looked terrible in both fights and was bludgeoned by Fury. It could be a major mistake on Wilder’s part to have selected Helenius as his opponent for his comeback fight.

“Not really,” said Eddie Hearn to the DAZN Boxing Show when asked if Joshua ever mentions a trilogy fight with Andy Ruiz Jr. “No, he [Anthony Joshua] won every round in the last fight [with Ruiz in December 2019].

“I seen Andy Ruiz call out Tyson Fury. No one ain’t fighting Andy Ruiz in a hurry. He’s a handful, and we found that at Madison Square Garden, and AJ dealt with him in Saudi Arabia. He’s a handful.

“I think Wilder-Ruiz is a great fight. We’ll see what happens in the Helenius fight, but if Wilder wins that fight, I would love to see Andy Ruiz against Deontay Wilder.

“I really fancy Andy Ruiz in that fight. He’s the smaller guy, winging those shots over the top if he can get on the inside against Wilder. Wilder can beat anybody on his day. He has great power.

“Set him up easy? He [Wilder] lost every round against Luis Ortiz in the rematch. He also nearly got stopped in that fight [Wilder in his first fight with Ortiz]. He was out.

“What I’m saying is Andy Ruiz is a nightmare for tall guys because his movement is so good, and it’s difficult for small guys to get on the inside. 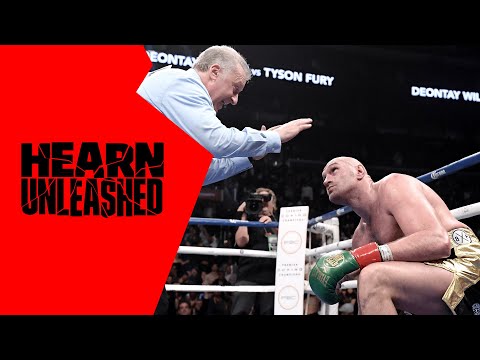 “I see Devin winning every round again” – Eddie Hearn on Haney vs. Kambosos II »