“I see Devin winning every round again” – Eddie Hearn on Haney vs. Kambosos II

By Craig Page: Devin Haney will win every round against George Kambosos Jr this Saturday in their rematch, predicts Eddie Hearn. He believes that undisputed lightweight champion Haney’s confidence is high, and he’s coming into the rematch with former unified 135-lb champion Kambosos (20-1, 10 KOs) with a great game plan.

Hearn notes that the people he’s spoken to in Australia they’re not giving Kambosos much chance of winning due to Haney’s impressive victory the last time they fought in June.

As history has shown us, Kambosos, 29, could pull off an upset like the one that he had against former unified lightweight champion Teofimo Lopez in November 2021, but it’s going to require that he fight the perfect fight to do that.

Kambosos has the speed & power to win, but he’s got to find a way to nullify Haney’s jab because that’s the primary weapon that he used to defeat him last summer in June.

Haney stayed on the outside and jabbed Kambosos Jr all night, catching him with clean shots when he attempted to get past the jab.

With better head movement, Kambosos could have eluded Haney’s jab and connected with enough good shots of his own to win. Based on how Kambosos fought last time, it’s a big ask for him to improve enough to beat Haney, but it’s not beyond the realm of possibilities.

“I was just out talking to some boxing guys in Australia. They’re not giving George a lot of hope in this one because of Devin’s dominant performance the last time out,” said Eddie Hearn to the DAZN Boxing Show about this Saturday’s rematch between Devin Haney and George Kambosos Jr.

“George has been quiet in the build-up to this fight, he’s trying a different approach, and I love George Kambosos. I think he’s a great guy, but I just see Devin winning every round again.

“His confidence is there; he knows the game plan, he’s a very smart fighter, and I just see him winning a clear points victory again.

“I don’t think Devin gets the credit that he deserves. He’s never really ducked a challenger. I remember when we were working with him. He was chasing Lomachenko, and then Lomachenko got made Emeritus. He [Haney] got made what was known as email champion.

“It wasn’t his fault. He was chasing those guys. Now he’s gone over to Australia and won. I still don’t think he gets the credit as one of the top guys. You always see people talking about Tank and even Ryan Garcia, like above him.

“Lomachenko, I think Devin’s days at 135 won’t be long. He was really struggling at that weight toward the back end of our relationship, but at the same time, he seems to be making it comfortably, and he’s a real professional.

“I think you’re going to see Devin moving up to 140, and maybe that’s a fight against Teofimo once those belts become fragmented and vacant.

“Of course, I have nothing but respect for him and Bill [Haney],” said Hearn when asked if he’d like to work with Devin Haney again. “We had a dream together to see him become undisputed.

“Although I didn’t get the last bit, I had a great time with him, and I think he’s a great fighter and a great young man, and the door will always be open,” said Hearn. 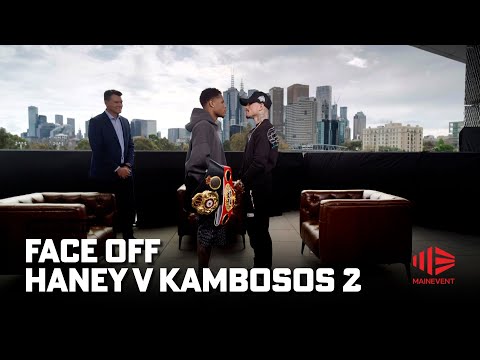