By Vince Dwriter: Fight fans were initially set to view the highly anticipated middleweight championship grudge match between WBA, WBC, IBF, champion Claressa Shields, and WBO champion Savannah Marshall on September 10 at the 02 Arena in London, but an unfortunate event occurred which resulted in the bout being postponed.

On September 8, the longest-living monarch in British history, Queen Elizabeth II passed away at the age of 96. In the wake of her death, the British Boxing Board Of Control made the decision to postpone the boxing match, and the promoters made arrangements to reschedule the event for October 15. With a new fight date secured, the main event recently became even more intriguing when the WBC added an additional incentive.

This is awesome @wbcmoro @WBCBoxing The WBC have created a new special WBC 'Elizabethan Belt' which will be awarded to the winner of Claressa Shields vs Savannah Marshall on Oct 15th after the fight was previously postponed due to the passing of Queen Elizabeth II… pic.twitter.com/LvRLqV2yRZ

In celebration of the Queen’s 70-year reign, the winner of the Shields-Marshall bout will become the undisputed middleweight champion, and they will also become the first recipient of the WBC ‘Elizabethan’ Belt. Instead of the traditional green strap, the WBC decided to add the royal touch by making the belt with a purple strap and Queen Elizabeth II’s name engraved on the front.

Regarding the tribute, WBC President Mauricio Sulaiman stated: “Queen Elizabeth II will live forever in our hearts and minds; the boxing world unites to render homage to one of the greatest human beings that ever lived, here where boxing was born.”

Claressa Shields (12-0, 2 KOs) seems to be impressed with the belt as she admits it would be an honor to add the WBC Elizabethan Belt to her personal collection, but her opponent, the Hartlepool, England native Savannah Marshall doesn’t like the thought of that happening.

When asked about the possibility of the Elizabethan Belt being taken abroad, Marshall stated: “It’s not right, it’s not right. It can’t leave this country.”

The Shields-Marshall history goes back to their amateur days in 2012 when they met in the AIBA Women’s World Boxing Championships in Quinhuangdao, China. At the time, Marshall was 20 years of age, and Shields was an undefeated 17-year-old prodigy. Savannah Marshall would go on to win the match as she outpointed Shields by the score of 14-8.

Ten years later, their paths will finally cross inside the squared circle on October 15. The bad blood is bubbling as, on multiple occasions, the Flint, Michigan native Claressa Shields has publicly acknowledged the fact that she doesn’t like her opponent. Savannah Marshall (12-0, 10 KOs) feels the same way about Shields, as the two combatants are very anxious to finally battle inside of the squared circle.

Marshall is a ring technician who is capable of switching from orthodox to southpaw, and she has good punching power. Marshall’s punching power has been the topic of many conversations, but Shields isn’t impressed with her opponent’s high knockout percentage because Shields believes the opposition that Marshall knocked out weren’t quality opponents. Shields labeled Marshall’s knockout victims as ‘tomato cans.’

While Claressa Shields has to be cautious of her opponent’s punching power, Savannah Marshall must find a way to deal with Shields’s hand speed advantage. In addition to great hand speed, Shields is an excellent counterpuncher, and she’s a master at keeping the match in the center of the ring and outboxing her opponents.

The long-awaited matchup between the two undefeated champions is a historic event because, for the first time in history, the sport of boxing will feature an all-women’s fight card. The co-feature bout will be a junior lightweight unification bout between Mikaela Mayer and Alycia Baumgardner.

The co-feature is a gainful clash for the winner, but the main event between Shields and Marshall is even more lucrative because the winner of the match will leave the ring as the undisputed champion and the first recipient of the WBC Elizabethan Belt. 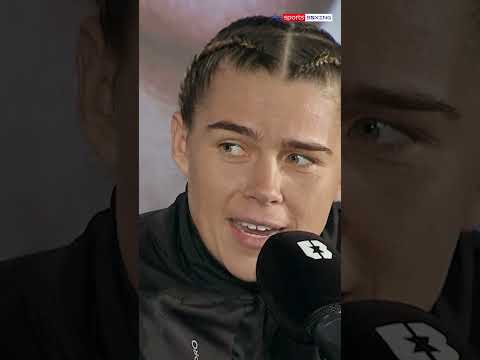