By Robert Segal: Eddie Hearn says the date they’re looking at for Anthony Joshua’s next fight is on December 17th, now that his mega-clash against Tyson Fury is no longer happening.

Hearn didn’t say who the former two-time heavyweight champion Joshua (24-3, 22 KOs) could be fighting on December 17th, but as he’s said before, it’ll likely be a top 20 contender.

There’s not much time for Joshua to prepare himself for the fight, but he’ll likely choose a quality opponent.

“Ultimately, the fight couldn’t get made now. Can it get made? Yes, 100%,” said Eddie Hearn to iFL TV about the Tyson Fury vs. Anthony Joshua fight. “We were told categorically by Mr. Fury that the fight was dead, and there was no way he was taking the fight.

“From AJ’s point of view, I don’t think he wants to engage with him, and we were told that twice. One was the final, final time. We’ll look at dates and venues. December 17th is a date that we like.

“It gives him a little more time because he’s still coming off a defeat over 12 rounds against the pound-for-pound #1 [Oleksandr Usyk]. So, he’ll continue, and we’ll keep playing.

“How many times have you got to say it before the other bloke to say, ‘Do you know what? Leave it.’ But then it’s like, they never came calling back after he said that. No, he didn’t. It’s alright because, as John said, we cost AJ 110 million pounds,” said Hearn. 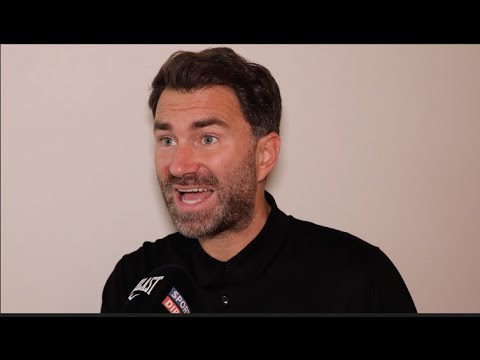