By Barry Holbrook: Anthony Joshua will be returning to the ring in “early next year,” rather than in December, says promoter Eddie Hearn.

Joshua (24-3, 22 KOs) had previously planned on fighting in December, but after the Tyson Fury fight fell out, the plans changed. Hearn states that he wants Joshua to have more time to work with his training team.

He looked improved with his first fight with new trainer Robert Garcia last August in a 12 round unanimous decision defeat against Oleksandr Usyk in their rematch.

If Joshua can continue to improve under the guidance of Garcia, he could be in a good spot to defeat Fury next year. Hearn wants Joshua to take a tune-up in early 2023 and then face Dillian Whyte and then possibly Deontay Wilder.

“For me, coming off the defeat, I’d still like to see him work with his new team, get some confidence, get active again, but at the same time, I do want to see him in the biggest fights,” said Eddie Hearn to Fight Hub TV about Anthony Joshua.

“Joshua will be back very early next year. I want to see him get active.”

“We were told that we run out of time. Everyone is going to go backwards and forwards,” said Hearn to BetOnline_ag when asked why the Joshua vs. Tyson Fury fight failed to happen.

“Forget what was said behind closed doors because you’ll never know the answers to that, the public. Just see what you know, which was Tyson Fury put two deadlines on Anthony Joshua and said, ‘If you don’t sign this fight today, the fights off.’

“The first one, I convinced AJ to let us carry on, and Fury agreed to carry on. Then in another couple of days, he did it again. In the end, when you’re calling someone out publicly like that, what are you supposed to think?

“One thing you got to know is people are starting to see through some of the bull s*** of Tyson Fury. No matter how intelligent you are, digest this. He put a deadline on us because he said that he needs to know who he’s fighting for December 3rd.

“Nearly four weeks later, he signed his fight with Derek Chisora. So why weren’t we allowed that time to negotiate the biggest fight in boxing? I think he did run Joshua up the wrong way, calling him, ‘You’re a s***t house; you missed the deadline. You’re not getting your chance now.’

“In the end, a guy like AJ is going to turn around and say, ‘Look, don’t waste my time,'” said Hearn. 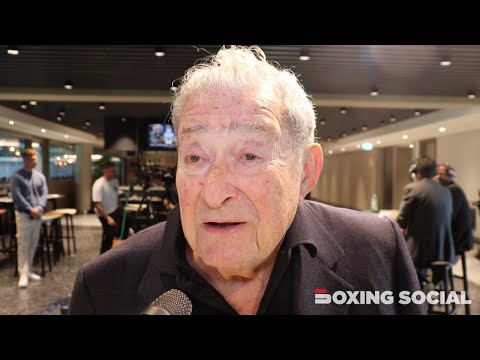