By Charles Brun: In a sign of neediness, Tyson Fury posted for the second time today a call out of Anthony Joshua.

In the most recent fresh message from ‘The Gypsy King’ Fury, one could sense the desperation on his part with him appearing to plead to Joshua, saying, “Let’s give the fans what they want as Usyk is b****. I got the date and venue who will rule Britannia?”

If you’re Joshua, you got to be worried at this point about the way that Fury is obsessing about him. To be sure, the 6’9′ behemoth already made it known weeks ago that he’d be happy to share the ring with Joshua in December.

For Fury to be still banging on repetitively about the subject of fighting AJ at the end of the year, it’s forlorn at this point. He needs to let it go already and let Joshua face a nice bottom feeder that his promoter Eddie Hearn will dig up for him for a confidence booster in December.

I think Fury needs to back off already with Joshua because he’s starting to seem obsessed with the idea of fighting him. This neediness from Fury is so off-putting. Doesn’t he have anyone else to fight?

Andy Ruiz Jr. just earned the WBC mandatory spot last Sunday with a victory over Luis Ortiz. Certainly, Fury can face Ruiz next if he wants to stay busy for December. By that point, the black eye that Ruiz got from Ortiz should have disappeared, and he’ll be ready for a good tear-up with Fury.

Yo @anthonyjoshua what you saying big G let’s give the fanz what they want as Usyk is bitching???

I got the date and venue who will rule Britannia? pic.twitter.com/c0Hd3aEPrL

Fury is focusing on Joshua because he wants to make a boatload of dough for his next fight rather than taking a smaller payday against a tough contender that will knock some chips off him.

The boxing public isn’t going to put up with Fury taking another soft job like Dillian Whyte for his next fight, which means he’s going to need to defend against one of the fighters on my above list. Believe me, those guys will be tough outs for Fury and might even beat him. 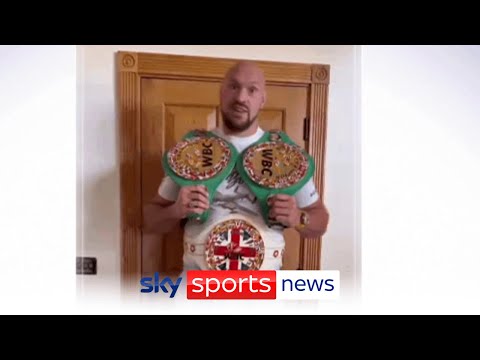 Deontay Wilder says if Ruiz is next, so be it »