Even the Main Event boxers are part of the promotions in Saul Alvarez (Canelo Promotions), Gennadiy Golovkin (GGG Promotions) along with Eddie Hearn (Matchroom Boxing).

What would have made it an even bigger event would have been if Alvarez and Golovkin had had this third meeting back in May of 2019?

In September of 2017, in their first meeting, Alvarez was fortunate to get a split decision draw against Golovkin, who chased Alvarez the last seven rounds.

While Alvarez stayed idle for a year before their second meeting, Golovkin defended his WBA Super World, WBC World, and IBO World titles in May of 2018, knocking out former WBC Silver Super Welter champion Vanes Martirosyan who hadn’t fought in two years, putting him into retirement.

It was Martirosyan’s middleweight debut, for, in his previous fight, he lost in a rematch to WBA World Super Welter champion Erislandy “The American Dream” Lara in May of 2016, for whom he had a previous technical draw.

In September 2018, Alvarez won the rematch by majority decision over Golovkin. Three months later, in December, he decided to challenge WBA World Super Middle champion Rocky Fielding whom he stopped for the title and never defended it but returned to defend his middleweight title in May of 2019, which would be his last fight at middleweight.

So instead of defending it against Golovkin, he chose Danny “Miracle Man” Jacobs, whom Golovkin had beaten in a title defense. That’s when the trilogy should have been, not this weekend.

Since Alvarez chose Jacobs to defend against instead of Golovkin, the latter the month afterwards in June knocked out previously unbeaten Steve Rolls.

In November, Alvarez announced he would vacate the middleweight division and move up in weight again even beyond super middleweight in knocking out WBO World Light Heavyweight champion Sergey “Krusher” Kovalev for another title he would never defend but go on to win the Super WBA and WBC titles a year later.

The month before Alvarez defeated Kovalev, Golovkin re-won the vacant IBF and IBO World Middleweight titles defeating Sergiy “The Technician” Derevyancheko. So let’s hope the third meeting between Alvarez and Golovkin lives up to the hype of the long-awaited trilogy! 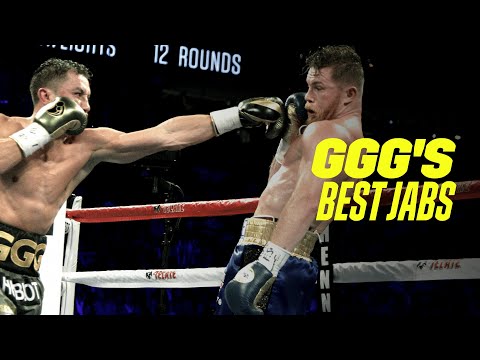 
« Kalle Sauerland confirms Eubank Jr vs. Benn is on for October 8th at the O2

Is Anthony Joshua throwing his career away by fighting Fury? »