Kalle Sauerland confirms Eubank Jr vs. Benn is on for October 8th at the O2

By Jim Calfa: Chris Eubank Jr’s promoter Kalle Sauerland has confirmed that the fight with Conor Benn is still on for October 8th at the O2 Arena in London.

Sauerland says he doesn’t want to speak for Chris Eubank, who on Monday talked of wanting to pull his son Eubank Jr out of the fight due to the 157-lb catchweight.

Kalle points out that Eubank Jr. is under contract to fight Benn (21-0, 14 KOs), and the fight will go ahead. Chris Jr is already sparring to prepare himself to battle the young upstart Benn in their fight on DAZN pay-per-view.

Sauerland further states that this wasn’t a move on their part to raise the weight from 157 to 160, nor was it a ploy to eliminate the rehydration clause.

“My son’s life cannot be put in danger. I’ve already lost one. It can’t happen again,” said Chris Eubank to the Dailymail.

‘I’ve given him my direction. If he doesn’t want to follow it, he will be dragged along. But he will do what is right for him.”

“I’m not going to comment on senior’s comments. That’s for senior to do. I’m just going to talk about the boxing event, and that event is contracted and going ahead on the 8th of October at the O2,” said promoter Kalle Sauerland to iFL TV about the Chris Eubank Jr vs. Conor Benn fight.

“Junior is sparring and was sparring yesterday. We’re very excited about a big event on the eighth of October.

“His comments were made to a journalist yesterday. I wasn’t there. I don’t know how they were made. My phone blew up yesterday, but it’s business as usual. We have a contract, and junior is very excited for the fight.

“No, because it’s contracted,” said Sauerland when asked if this was a strategy to get the weight for the fight to 160 or eliminate the rehydration clause, negatively affecting Eubank Jr.

“Once the contracts done it’s done, and I haven’t been asked to do that, and I’ve never seen that before. In fact, if 157 isn’t made, there are penalties. So it turns into a financial discussion then.

“It was a relatively long negotiation period, and the weight was dealt with very early on in that negotiation. It wasn’t the weight that was the hold-up. It was other things,” said Sauerland. 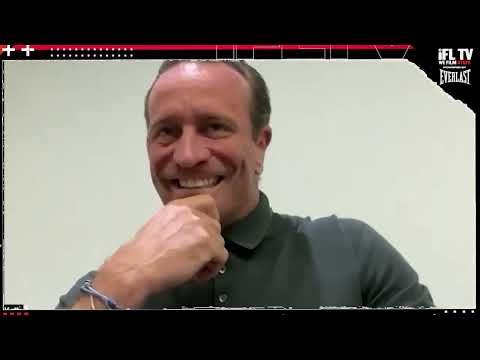