By Brian Webber: Newly crowned WBO middleweight champion Janibek Alimkhanuly’s management at Top Rank has reportedly reached out to the promoter for unbeaten fringe contender Hamzah Sheeraz for a fight in November.

If the fight happens, it’ll be the first defense for the 29-year-old Janibek (12-0, 8 KOs) after he was elevated from interim WBO 160-lb champion to full champ by the World Boxing Organization after the previous belt-holder Demetrius Andrade opted to vacate and move up to 168.

The 23-year-old Sheeraz (16-0, 12 KOs) is ranked #11 by the WBO, but he’s fought largely no-name opposition for virtually his entire career.

The only recognizable opponent Sheerez has faced is welterweight Bradley Skeete, who moved up in weight last year to challenge him for his WBO European light welterweight belt.

Even though Skeete was outsized and overmatched in terms of power & hand speed, he lasted until the ninth round before Sheerez sparked him out.

“It is heard that Janibek Alimkhanuly’s team wants the Kazakh’s first defense of the WBO World Championship to be against the British Hamzah Sheeraz,” said JuliusJulianis.

U.S boxing fans likely aren’t familiar with Sheerez, so they won’t be excited at the prospects of Janibek to be fighting him.

For Top Rank to be making this match-up, it suggests that they’re going to try and turn Janibek into a big name first in the UK before undertaking the work of trying to do that in the U.S.

Despite having punching power on the level of Gennadiy Golovkin and an entertaining fighting style, it’s going to be difficult for Janibek to become a star worldwide because he’s going to be avoided like the plague in the same way GGG was early on in his career.

What Top Rank should do is have Janibek fight five to six times per year if they can get him dates so that the boxing public in the U.S can see him.

Even if Janibek is facing weak opposition like Jermall has been doing for years, he could pick up a huge following in the States. If he only fights twice a year, he’ll likely remain an obscure fighter that only the hardcore fans are aware of, which is what the case is now. 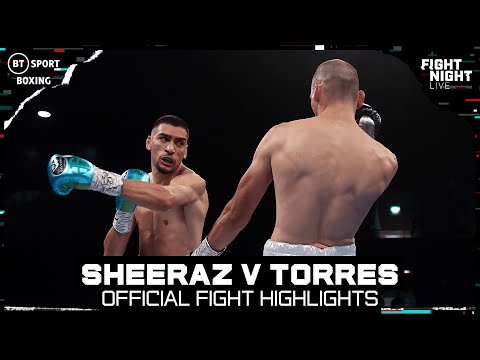