Fury’s move to call out Joshua appears to be a crafty strategy to keep himself relevant in the news the cheap way by clout chasing. Unless Joshua is willing to take a big career risk in a moment of weakness, it’s highly unlikely he’s going to accept the offer from Fury. 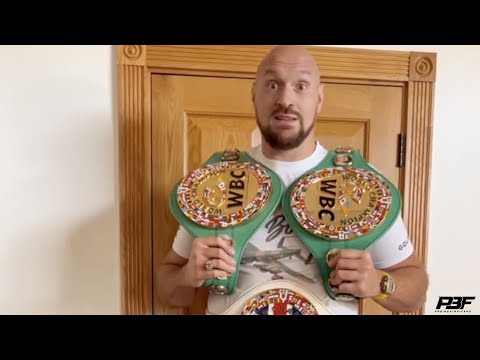 AJ would need to override the wishes of his promoter Eddie Hearn for the Fury fight to happen, and it’s doubtful he’ll do that.

Tyson clearly knows that Joshua isn’t going to fight him next, yet he still puts in the effort today for this meaningless call out of him, which again appears to be a way for ‘The Gypsy King’ to continue to be trending in the news and on social media.

Joshua (24-3, 22 KOs) is coming off a loss to Oleksandr Usyk on August 20th, and his promoter Eddie Hearn has already made it clear that he’s going to take a lower-level fight against a top 15 contender in December.

In other words, Joshua isn’t going to fight for a world title against any of the current champions because he needs to be slowly brought back after his consecutive defeats against Usyk.

“Tyson Fury here, aka ‘The Gyspy King,’ WBC heavyweight champion of the world, as you can tell,” said Fury on Twitter on Sunday. “I think you all heard that I’m going to be fighting soon within the next few months.

“I think that before I announce an opponent, I need to do this just in case. Anthony Joshua, I know you just lost to Oleksandr Usyk, and you’re bout-less at the moment.

“I’d like to give you the opportunity to fight me for the WBC heavyweight championship of the world and the lineal championship in the next few months.

“You’re coming off a 12-round fight, so you’re match-fit and ready. I’m giving you a few months’ notice. If you’re interested, I’ll send you the date over, and we can rumble.

“The battle of Britain for the WBC heavyweight championship of the world. Let me know if you’re interested. If not, I will select another opponent. Thank you very much, and good night,” said Fury. 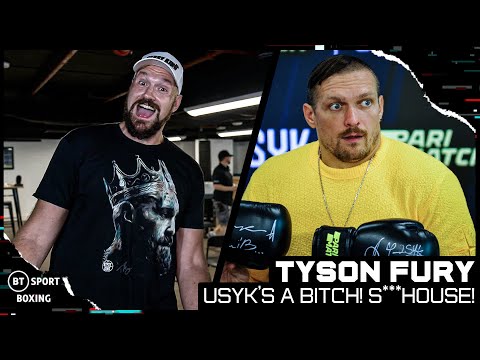 
« Andy Ruiz Jr to Deontay Wilder: “We can get it on” in May