By Adam Baskin: Andy Ruiz Jr’s explanation for why he couldn’t knock out Luis Ortiz last Sunday night is he was worried about getting clipped by one of his big shots.

Ruiz (35-2, 22 KOs) felt that the 43-year-old Ortiz (33-3, 28 KOs) was dangerous each time he hurt him, and he didn’t want to take any chances. Additionally, Ruiz says he was worried about gassing out, as he hadn’t fought in 16 months coming into the fight against Ortiz.

It appeared that Ruiz didn’t want to get hit by Ortiz’s left hands, which did a number on his right eye. Ortiz was catching Ruiz repeatedly with big lefts when he would put heavy pressure on him after the three knockdowns.

Ruiz, 32, would have lost the fight if not for those knockdowns, considering he was outboxed 10-2. The only rounds Ruiz looked good were the ones he scored knockdowns in the second and seventh.

It’s not surprising that Ruiz had so many problems with the 6’4″ Ortiz because, before his upset win over Anthony Joshua in 2019, Andy was pretty much just a ham-&-egger type of fighter.

Ruiz had never done anything to distinguish himself during his career and had already been beaten by Joseph Parker. A lot of boxing fans feel that Ruiz deserved a defeat in his fight against Sergey Liakhovich.

You got to rank these fighters above Ruiz:

“A dangerous fighter is when he’s hurt. That’s when he’s more vulnerable. When I knocked him down, I had to be safe & cautious because he was coming back,” said Andy Ruiz to Fight Hub TV about why he couldn’t knock out Luis Ortiz after dropping him three times.

“He was a veteran. I was holding back a lot because I felt I was in the distance. I hadn’t fought in a long time. I just wanted to be smart, be cautious, and I didn’t want to get hurt with anything else.

“I didn’t want it to be, he drops me, I drop him, so I was trying to be cautious, counter punch him and win on points, and that’s exactly what I did,” said Ruiz Jr. 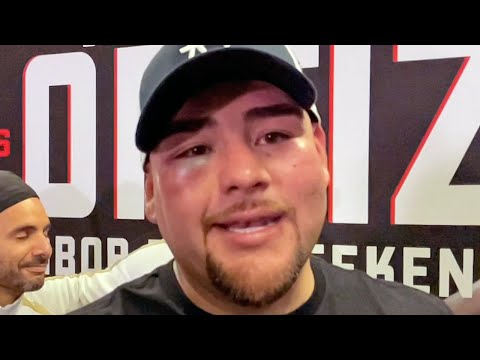