By Robert Segal: Trainer Robert Garcia says Gennadiy Golovkin may have enough left in the tank to pull off an upset against Canelo Alvarez on Saturday night in their trilogy fight at the T-Mobile Arena in Las Vegas.

Robert is still picking Canelo (57-2-2, 39 KOs) to win by a late stoppage over the 40-year-old Golovkin, but he still believes that GGG has the power & the skills to win if he fights at the best of his ability.

Without knowing, Robert attributes that loss for Canelo to something that went wrong in training camp, which slowed him down, causing him to gas after four rounds.

For the fans familiar with seeing Canelo gas out after six rounds for years, it looked like the same fighter as always.

“After Canelo’s last performance, I think he’s going to come back stronger and try and knockout GGG,” said Robert Garcia to Fight Hub TV. “But I think GGG could return with his last big performance and surprise the world. That could make for a great fight.

“I’m still picking Canelo by maybe a late-round stoppage, but it’s going to be interesting to see what GGG brings to the fight. It could happen. GGG has got a great jab, great skills, power, so anything can happen.

“If he lands the right punch or if he uses his jab and fights smart, controlling the fight with his jab, he could pull off a decision, especially against someone like GGG. It’s not like it’s a mismatch. It’s a very close fight.

“Canelo, at this point, he calls the shots,” said Robert when told that Jose Benavidez Sr says Canelo will never fight David. “He also has a lot of pride. ‘They’re talking s***, so I’m never going to give them the opportunity.'” 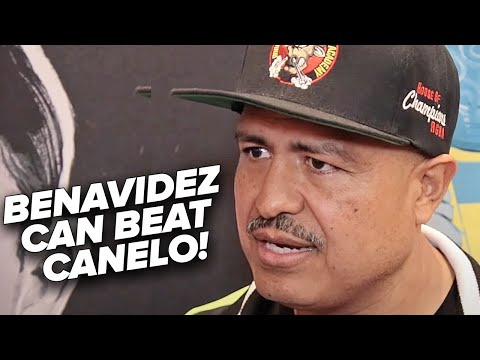 Canelo Alvarez on loss to Bivol: “He didn’t beat me by being better than me” »