Crawford agreed to the terms from Spence’s adviser Al Haymon, and will be getting the smaller split rather than the 50-50 one that he wanted.

ESPN is reporting the news of the Spence vs. Crawford deal being agreed on. With that said, neither fighter has signed off on the deal, as it’s being checked out by their lawyers.

This is the fight that the boxing world has been anxious to see, and finally, it’s here.

The 34-year-old Crawford will likely be installed as the favorite by the oddsmakers, despite having faced mostly marginal opposition since moving up to 147 in 2018.

Boxing fans will get a chance to see how Crawford hands against his first elite-level opponent at 147 and basically his entire career. Up to now, the only real name on Crawford’s resume was the shot-to-bits gatekeeper Shawn Porter, who he stopped in the tenth round last October.

“Errol Spence Jr. and Terence Crawford have agreed to all material terms for a fight for the undisputed welterweight championship, an event targeted for Nov. 19 in Las Vegas,” said ESPN.

With the fight taking place in November, there’s not much time for Spence and Crawford to prepare.

For their sake, you can only hope that they’ve been training already for the fight because it’s going to be a rushed camp otherwise. Chris Williams can already hear the excuses.

Spence and Crawford will eventually be moving up to 154 after they get done with their two fights.

“The deal has not been signed as the parties’ lawyers clean up legal language in the agreement, per sources. Crawford acquiesced to all proposed financial terms from PBC creator Al Haymon, including the short end of a revenue split,” said ESPN.

“The package includes a bilateral rematch clause that the loser will have the right to exercise, per source. If the rematch clause is triggered, the winner will earn the majority of revenue for the return bout.” 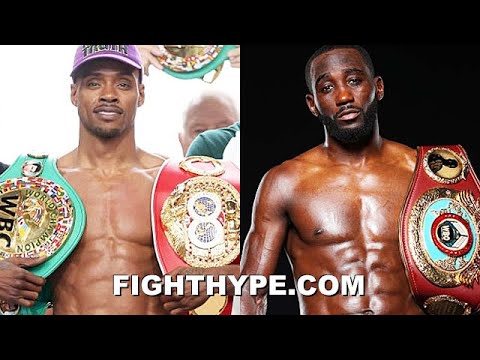