Canelo Alvarez on loss to Bivol: “He didn’t beat me by being better than me”

By Sean Jones: Canelo Alvarez says Dmitry Bivol didn’t beat him by being the better fighter than him last May. Canelo maintains the reason for the loss is that he didn’t “give 100%” effort in the fight.

When you lose as badly as Canelo did, that’s more than just a case of not giving 100%. Bivol totally dominated the Mexican start, getting the better of him in virtually every round but one.

What’s interesting is that Canelo is vowing to even the score with Bivol by beating him in the rematch, yet he’s repeatedly said to the media that if the WBA 175-lb champion loses to Gilberto ‘Zurdo’ Ramirez on November 5th, he can forget about a second fight. That doesn’t sound like Canelo wants to avenge his loss that badly.

“The truth is that there is not much to say. I lost the fight because I got tired. It was definitely that, the weight, a lot of things that happened,” said Canelo to GQ Sports on his loss to Dmitry Bivol. “He didn’t beat me by being better than me; I just didn’t give 100%.

“I will have the opportunity to show you that I am better than him. That’s how it is. I had to lose,” said Canelo on his vision of avenging his loss to Bivol.

“I think it’s difficult to say because that’s never going to happen. But I am sure that in my prime, he would never beat me,” said Canelo about fighting Floyd Mayweather Jr in a prime vs. prime bout.

“The truth is, I thought it was over. I didn’t plan on fighting with him,” said Canelo when asked why he made Golovkin wait four years before finally facing him again.

“I was doing other things. Gaining weight and winning titles in other divisions, but people kept asking me for this fight. And one thing or another, the TV station also wanted this fight. So, we made a two-fight deal, and it happened.

“‘Could Errol Spence beat Canelo Alvarez?’ I don’t think so. He’s a good fighter, no doubt, but from that to being able to beat me is a different story. I don’t think he could ever beat me,” said Canelo. 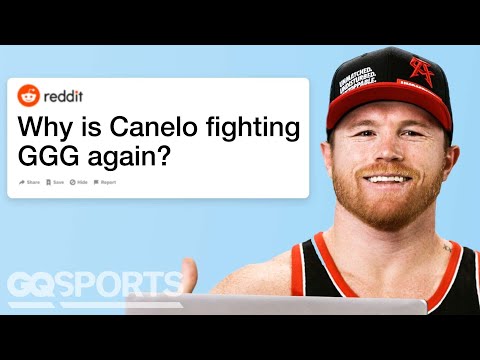 Canelo lets Golovkin know he’s knocking him out on Saturday »