By Jack Tiernan: Daniel Jacobs says he was shocked by the scorecards for last Saturday night’s trilogy fight between Canelo Alvarez and Gennadiy Golovkin at the T-Mobile Arena in Las Vegas.

‘The Miracle Man’ Jacobs says he’d like to fight Golovkin in a rematch. He thinks that would be an interesting fight for the fans.

Jacobs feels that Golovkin (42-2-1, 37 KOs) deserved no more than three rounds because he was too cautious about letting his hands go, and he gave away the rounds by being passive against Canelo.

Like a lot of fans, Jacobs kept waiting for an explosion of offenses from the 40-year-old Golovkin, but it never happened. He was overly cautious, fighting in a safety-first manner in order to keep from getting clipped by Canelo.

Overall, Golovkin fought like a sparring partner, just trying to survive. We saw the Golovkin-initiated touching of gloves with Canelo and the nodding of the head.

It just looked like Golovkin came there for a sparring session of 12 rounds, and collected his large purse for his efforts. For the fans at the T-Mobile Arena and the ones that paid $85 or $65 to order the Canelo-Golovkin III fight on DAZN pay-per-view, many of them weren’t happen.

“For me, I wasn’t disappointed because I knew it probably wasn’t going to be the best showing from GGG, but at the same time, I was highly impressed with Canelo because Canelo is not a fast starter,” said Danny Jacobs to DAZN Boxing.

“It was shocking; I’m not going to lie,” Jacobs said about the Canelo vs. Golovkin scorecards. “Obviously, in boxing, we sometimes get something controversial, but in such a fight of this magnitude, you would think it would be clean cut.

“We all and the fans, everyone watching seen a clean-cut fight with what we thought was a shut out. So, I gave GGG no more than three rounds,” said Jacobs.

“I gave him three as well,” said Shawn Porter about Golovkin. “I Tweeted this.  I don’t know how to judge a professional boxing match, but I have it 9-3. We were former world champions, and we have it 9-3.

“What are you [the judges] doing down there that you’re seeing something so much different than us? We just answered it right there. You’re not fighters,” said Porter.

“I saw three things happen in this fight,” said Porter. “I saw Canelo start fast, and GGG was hesitant. He couldn’t find his timing. He was definitely a little worried about getting countered and things like that. That’s #1.

“#3, I saw Canelo slow down. I saw GGG have some success just touching him. What does that do, Danny, mentally? ‘I can touch him. Let me do it a little more.’

“So, it really wasn’t that GGG decided to pick it up. It was GGG picked it up, found a little success, and Canelo slowed down, and things kind of evened it’s way out at the end. I gave GGG three of the last few rounds because of that,” said Porter.

Golovkin never really turned on his offense in the second half. The only reason Golovkin won rounds at the end of the fight was that Canelo had gassed out and was just fleeing the battlefield.

He didn’t want to get hit and didn’t have the energy needed to fight Golovkin.

“Me myself having fought against both guys, I know one thing about Canelo that I trained for is when he goes into these pitfalls. These lack of time and fighting. He starts to circle.

“He started fast, changed the momentum of the fight, and gave something different for GGG to think about, and pulled off a very, very important victory for himself coming back from a loss.

“They had a really good fight back in the day, and I think the fans would so love that fight. Yes, sir, absolutely. Yes, sir,” said Jacobs when asked if he could still make 160 and 168.

The problem with Golovkin fighting a rematch with Jacobs (37-4, 30 KOs) is that it’s not a fight that would sell. Jacobs’ career has gone belly up with his recent loss to John Ryder last February and disappointing fights against Gabe Rosado and Julio Cesar Chavez Jr.

If Golovkin is counting on being able to sell his next fight on pay-per-view after his poor effort against Canelo, it’s going to take a better opponent than the 35-year-old Jacobs. At the very least, Golovkin would need one of these fighters to sell a pay-per-view fight:

Jacobs is no longer relevant after his loss to Canelo, and his recent fights against Ryder and Chavez Jr.

“I’m not mad at it because we seen a level where you most recently in your most recent fight, and seen. We seen what level GGG performed at tonight,” said Shawn Porter.

“You both have ways of measuring one another and figure out what you can do to beat one another. You come to the ring a little more confident than GGG did tonight.

“I’m sure you’d rise to the occasion to understanding that now you have the opportunity of retiring this man named GGG,” said Porter.

A fight between Golovkin and Jacobs has zero chance of happening because there’s no demand for this contest. In hindsight, Jacobs made a mistake infighting Chavez Jr. Ryder, and Rosado.

He should have fought Callum Smith because that would have given him the opportunity to prove himself against a high-level super middleweight at the time. 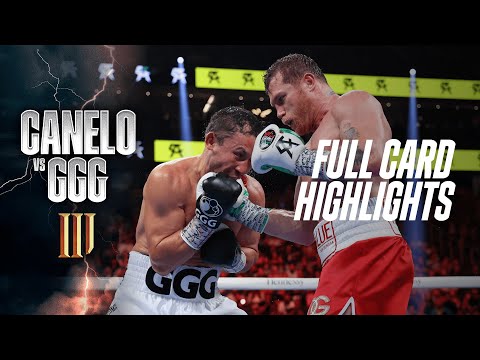 
« Roberto Duran says Golovkin was “lazy, I saw him weak”