By Charles Brun: Michael Hunter doesn’t believe Tyson Fury will be able to use his gargantuan size to his advantage against unified heavyweight champion Oleksandr Usyk.

Fury (32-0-1, 23 KOs) has turned into a mauler in the last three years, and he tends to grab his opponents and lean on them with all of his 270+ lb grizzly bear weight each time they throw a punch.

The problem that Fury is going to have against Usyk is that he doesn’t throw power shots that involve following through.

Usyk’s shots are snappy punches that make contact with a lot of power behind them, which makes it nearly impossible for him to be grabbed by a mauler-type of a heavyweight like Fury.

All that useless weight that Fury has packed on in the last three years will be an anchor that will slow him down against the fleet of foot Usyk.

“Somebody that’s on their feet like [Usyk], not to say he can’t use his size because he is big, but it’s a little bit harder,” Michael Hunter said to Sky Sports about Tyson Fury having a harder time using his size against a mobile fighter like Oleksandr Usyk.

“I think Usyk would need to make a couple of adjustments, but I don’t think the weight [of Fury] will make as much of a difference as people think.

“He’s [Usyk] an endurance athlete. He’s going to move a lot. It’s a styles-make-fights thing, little different tactics to Usyk-Anthony Joshua. I’m pretty sure that Usyk would do very well.”

But definitely, I think people like myself, Usyk are the wrong type of fighters for him,” said Hunter about Fury struggling against them.

“As incredible as a boxer as Oleksandr Usyk is, there are limitations,” said Sergio Mora to DAZN’s Jabs. “There’s size and then there’ ability. Usyk has that ability at cruiserweight. He cleaned out the division. 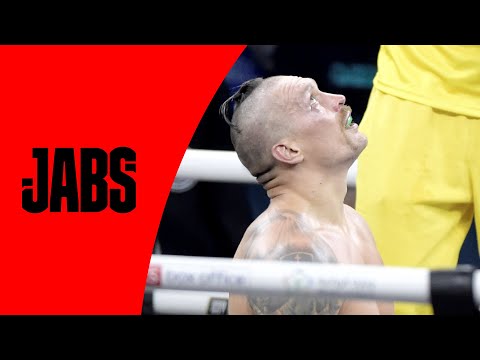