Spence could break Crawford with pressure in the same way he did Yordenis Ugas last April.

Crawford has never taken much punishment during his career, thanks to the marginal opposition he’s faced while winning world titles in three weight classes.

Although Crawford has captured belts in three divisions, the guys he fought to win those titles were mediocre fighters.

Jackson feels that IBF, WBA & WBC welterweight champion Spence (28-0,  22 KOs) needs to counter WBO champ Crawford (38-0, 29 KOs) when he changes stance during the fight. Spence has got to come up with something to prevent Crawford from getting the upper hand.

One big thing Spence has in his favor besides youth is the fact that the soon-to-be 35-year-old Crawford has never fought anyone good since moving up to the 147-lb division four years ago in 2018.

The best guy Crawford has fought is the washed-up Shawn Porter, who at that point in his career was the shell of the fighter that Spence had beaten in 2019.

“I would tell him to keep the pressure, good jab, his timing because he [Crawford] switches,” said Julian Jackson to K.O. Artists Sports when asked how Errol Spence Jr. beats Terence Crawford.

“They’re two great athletes, two tremendous athletes. Both of them are similar. Both of them have good timing and tremendous punch. I tell you what. I favor Crawford. One of the reasons why is he’s unpredictable.

“A lot of people may not see that and realize that, but he’s a very unpredictable fighter. He [Crawford] has his timing down pat. His timing is so real, so amazing.

“A lot of people don’t realize it, but eventually, it’s going to be proven when he gets in the ring with this tremendous athlete [Spence] as well, with Errol Spence,” said Jackson. 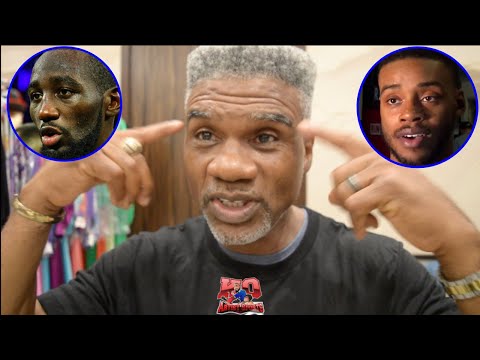