Porter feels that Wilder – Usyk is a fight that will keep boxing fans at the edge of their seat from start to finish. The one-punch power of former WBC heavyweight champion Wilder (42-2-1, 41 KOs) is what makes that fight so compelling.

In contrast, Porter sees the Usyk-Fury fight as the better boxing match, which won’t be the cup of tea that the average fan is looking for. Fans want to see nonstop action, not a boxing match involving a lot of movement & constant feints.

“You could see that Joshua was prepared, but not prepared enough,” said Shawn Porter to Fighthype about Anthony Joshua’s recent loss to Oleksandr Usyk. “He had a big ninth round, and I felt he should have opened the fight like that ninth round.

“That’s the fight that I really want to see,” said Porter about a fight between Usyk and Deontay Wilder. “Believe it or not, I want to see that more than I want to see Usyk vs. Fury. I think the style match-up is better.

“When we get Usyk vs. Fury, that’s the best boxing match we can get at heavyweight. But in terms of keeping ourselves on the edge of our seats, it’s Usyk and Wilder.

“He should have emptied the tank early and let the fight be what it was going to be,” Porter continued about Joshua. “He should have went for the knockout early and put some real serious pressure on Usyk early.

“Usyk is the man at heavyweight right now. I favor Fury, I think,” said Porter about a fight between Usyk and Tyson Fury for the undisputed heavyweight championship. “I don’t think we’ll see that fight. I do favor Fury.

“Now you’re going up against size and speed and power and boxing ability. All those components that Usyk has that separates him from everyone else in the division. It doesn’t separate him from Fury. I think I might favor Fury in that. I might,” said Porter. 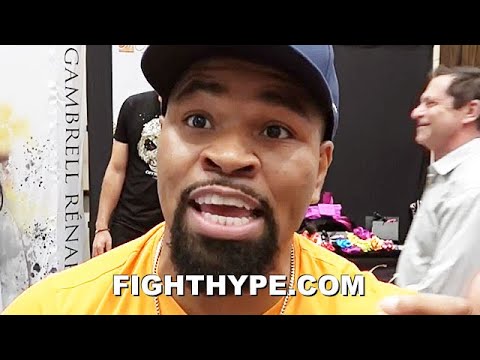 WBC to rule on Canelo vs. Benavidez fight »