For Fury (32-0-1, 23 KOs), this means he’s got competition for the Usyk fight that he’s banging the drum for, and he’s not happy about it for obvious reasons.

Wilder’s popularity makes him a viable option for Usyk (20-0, 13 KOs) for his next fight. The money that Usyk would get facing Wilder will likely be quite good, and it’s a fight that wouldn’t be nearly as difficult to put together as a Fury-Usyk bout.

In a post on social media today, Fury drew a line in the sand, saying he wants $500 million for the Usyk fight, and he’s giving the promoters seven days to come up with the money, or he’ll stay retired.

Wilder vs. Usyk is a fight that would sell and attract a lot of interest from U.S boxing fans. As long as Usyk is willing to temporarily delay his dream of fighting for the undisputed championship against Fury, a match against Wilder is definitely a strong option.

With Fury’s demand for unrealistic money for a fight against Usyk, Wilder is in the perfect position to outmaneuver him to get the Usyk fight.

For U.S boxing fans, they’d be more interested in seeing Wilder challenge Usyk for his titles than seeing Fury as the guy that he’s the job done.

Fury seems to be totally money-focused at this point in his career, and that’s really off-putting. He doesn’t even attempt to hide his desire to be given a huge check for the Usyk fight.

When you get a fight that is just looking for a lot of money for a particular fight, that’s a red flag that their heart is no longer in the sport.

It would be best if Fury stays retired and lets the other fighters like Wilder be the one who challenges Usyk for his three belts.

Usyk may not realize that fighting for the undisputed heavyweight championship against Fury won’t resonate with the boxing world because the average fan doesn’t care about stuff like that.

In other words, they don’t care if a fight has four belts on the line. They just want to see compelling matches. 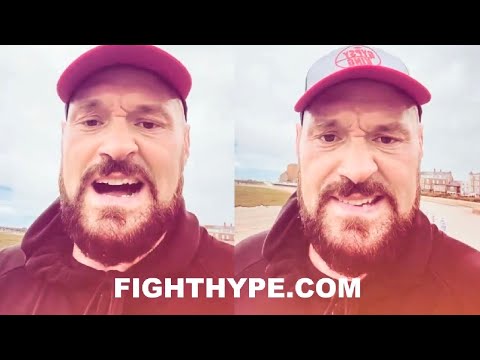