Chris Eubank Jr: If Conor Benn gives me “any opening, it’s his a**”

By Charles Brun: Chris Eubank Jr. has a warning for Conor Benn ahead of their catchweight fight on October 8th on DAZN PPV at the O2 Arena in London.

Eubank Jr will take full advantage of it to score a knockout of the upstart and spoil things for promoter Eddie Hearn.

With Joshua’s career on the brink of extinction, Hearn’s only hope for a replacement money fighter in his Matchroom Boxing stable is the greenhorn Benn, who some feel owes his success exclusively to his famous father, Nigel Benn.

Huge for the welterweight division, Conor has steamrolled the old codgers that Hearn has fed to him.

For Benn’s last fight against Chris Van Heerden, Hearn revealed that he weighed 170 lbs on the night after rehydrating overnight after weighing in at 146.5 lbs. 170 lbs are the type of weight that junior middleweights rehydrate to for their fights.

Again, Benn is huge for the welterweight division, and you can argue that he’s a natural junior middleweight.

“I don’t have a specific game plan or a specific vision for how the fights going to work. I just know that as soon as that bell goes, I’m going to be completely comfortable in whatever situation he tries to put me in,” said Chris Eubank Jr to iFL TV about his October 8th fight against Conor Benn.

“I can do whatever I want. Conor needs to be disrespectful in that ring. If he gives me any leeway, any opening, it’s his a**. To put it politely, it’s his a**,” said Eubank Jr. 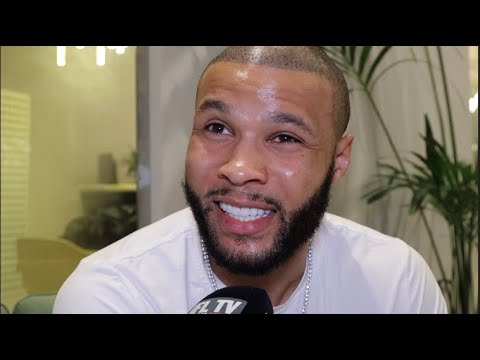 Deontay Wilder on Anthony Joshua’s meltdown inside the ring »