Errol Spence warns Crawford: He enjoys being “the will” out of his opponents

By Chris Williams: Errol Spence Jr sent a warning message to Terence Crawford this week that he enjoys beating “the winner & desire” out of his opponents.

Crawford (38-0, 29 KOs) needs to make sure he knows what he’s getting himself into by facing IBF, WBA & WBC welterweight champion Spence (28-0, 22 KOs) because it could end badly for him.

Up to now, Crawford hasn’t fought anyone with a pulse since moving up to 147, which is why he’s getting away with a lot of the gimmicky stuff like his switch-hitting.

All that junk is going to be exposed as useless when Crawford gets in the ring with his first quality opponent at welterweight in Errol Spence Jr later this year.

At this point, it’s still up in the air whether the Spence-Crawford fight will happen in 2022 because the promoters got to come up with the money to keep both fighters satisfied with the guaranteed purses.

If Spence were fighting just a regular contender, the match would have likely been made by now because his management wouldn’t have had to come up with a huge amount of money.

“Spence is a very durable fighter. Ugas, we got almost the golden chance, and unfortunately, Ugas got freeze because we almost did,” said trainer Ismael Salas to K.O. Artist Sports when asked if Errol Spence Jr is a difficult fighter to plan for.

“Not to take anything away from Spence. I don’t take away. The only thing, this fight with Crawford is something else. Crawford knows really well the southpaw style. He knows how to deal with it, and Crawford can switch both hands.

“It will be a very interesting fight. He can do both, but Crawford is better as a left-hander, as a southpaw. For example, when he fought Gamboa, twice when he was in the right-hand [stance], he got caught. Hopefully, we get the best fight. I think so,” said Salas.

“I do lean for Terence Crawford for the fight. Spence is wonderfully gifted and has immense skills,” said Rich Marotta to K.O. Artists Sports. “Crawford presents some interesting and unusual problems for him to solve.

“Terence, I’ve never seen a fighter so seamless, going from right-handed to left-handed, and he’s got great speed which he can mix with power. I give the edge to Terence in the fight, although I have massive respect for Errol Spence.

“If Spence has an advantage in the fight, it’s his body punching. I’ve seen him knock guys out with one body punch. I did a couple of his early fights on television. I’m very impressed.

“It’s a massive fight. I do believe you’re correct in putting it in the hallmark of De La Hoya-Trinidad or one of those really great fights, massive mega-fights. I give that slight edge to Terence Crawford.

“Yeah, you don’t even notice he does it sometimes,” said Marotta about the way Crawford switches from righty to lefty. “He does that, and he does so many nuanced things.

“I think he’s tremendously a really great fighter and a great champion. I think after this fight is over and the careers of both, they’re both going to go down in the history as one of the better champions.

“I’m looking forward to that fight getting made,” said Marotta about the Spence vs. Crawford fight. 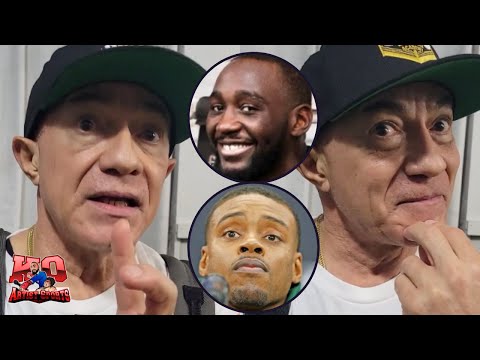 
« WBC to rule on Canelo vs. Benavidez fight