Although Teofimo, 25, made it clear last Saturday night that his priority is to fight for a belt at 140 in his next match in December, there are no available straps that he can fight for in that month.

Teofimo likely won’t be fighting Ryan Garcia or Gervonta ‘Tank’ Davis next, so Barboza, 30, feels he’s the best option for him right now.

Ideally, Teofimo will take the fight with Barboza to get more experience at 140 before he takes on the lions in the division.

“There haven’t been any talks yet, but hopefully, that’s the plan,” said Arnold Barboza Jr to Fighthype about a fight between him and Teofimo Lopez.

“That’s what we want. I don’t think he necessarily wants the fight, but it’s the only fight that makes sense for him right now. For me as well. I’m hoping they put the pressure on him to take the fight.

“I’m not Pedro Campa, and Pedro Campa ain’t me,” said Barboza when asked why he thinks Teofimo won’t fight him. “I think he was the perfect opponent for him. I don’t think he’ll take it. It’s too much of a dangerous fight for him.

“He’s going to try and jump up and fight for a belt, but the reality, there’s already people fighting for them [the titles] or are going to fight for them. There’s no other fight that makes sense for him other than me, to be honest.

“I think that fight has to happen. He was always a cool dude in the beginning, but after the Loma fight, he started talking all this nonsense. As a person, he and his pops need to work on a lot of things,” said Barboza. 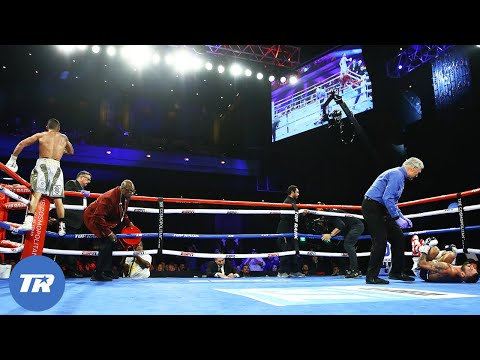